Shares of Seattle Genetics (SGEN 2.12%) are up 15% at 11:55 a.m. EDT after the biotech reported positive results for the HER2CLIMB phase 2 study testing tucatinib in patients with late-stage breast cancer.

Tucatinib certainly isn't a cure, but the improvements over the control treatment are quite impressive and suggest the drug will be quickly adopted by doctors for late-stage patients once it's approved. More importantly, the solid efficacy data indicate tucatinib is likely to help earlier-stage patients, which would substantially increase the drug's potential market. 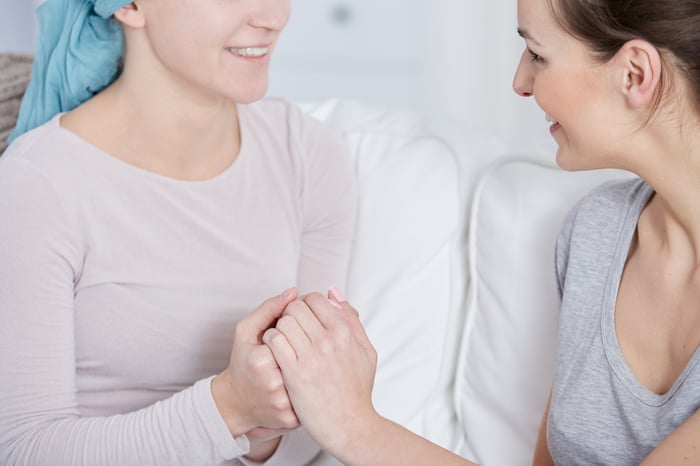 Investors will get to see the full data during Seattle Genetics' presentation at the 2019 San Antonio Breast Cancer Symposium on Dec. 11.

While HER2CLIMB is only a phase 2 clinical trial, the study should be enough to gain an accelerated approval from the Food and Drug Administration given the unmet need for the late-stage patients. Seattle Genetics plans to submit a marketing application in the first quarter of next year, which should result in an approval toward the end of the year.