The trade war is weighing on the toy industry.

Shares of Mattel (MAT 1.79%) have fallen today, down by 6% as of 2:30 p.m. EDT, after toy-making peer Hasbro (HAS 0.91%) reported disappointing third-quarter earnings results. Mattel faces many of the same challenges that Hasbro does.

In no uncertain terms, Hasbro heavily blamed its miss on President Trump's ongoing trade war with China. "However, as we've communicated, the threat and enactment of tariffs reduced revenues in the third quarter and increased expenses to deliver product to retail," Hasbro CEO Brian Goldner said in a statement. On the related conference call with analysts, Goldner said the tariff uncertainties created "a very choppy environment" that impacted "retailer order patterns." 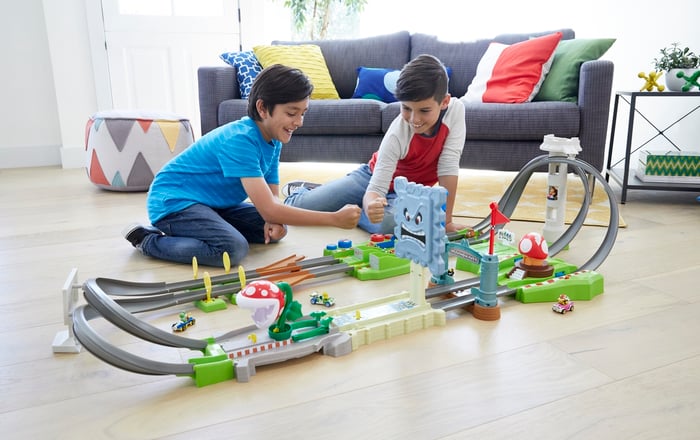 The Trump administration has changed its stance on tariffs on multiple occasions, proposing new taxes only to delay or exempt certain categories. "Importantly, during Q3 alone, we saw multiple different dates for the enactment of List 4 tariffs come and be delayed, now scheduled for Dec. 15," Goldner said. "And yet, the prospect had our retailers cancel major direct import program orders and rewrite many of those orders as domestic shipments."

Mattel and Hasbro have different exposures to China and the trade war. Mattel imports less than two-thirds of its products from China, according to Davidson analyst Linda Weiser, and two of its most popular product lines -- Hot Wheels and Barbie -- are not produced in the Middle Kingdom. However, Mattel outsources less of its manufacturing to third-party companies, giving the consumer discretionary company relatively less flexibility in moving manufacturing operations.

"As it relates to tariff, our job is to design an organization that is flexible and can respond to exogenous factors, including tariffs and other conditions," Mattel CEO Ynon Kreiz said in July. "We are being watchful of the potential tariff that may be implemented, and if implemented, would impact the entire toy industry."