Please ensure Javascript is enabled for purposes of website accessibility
Log In Help Join The Motley Fool
Free Article Join Over 1 Million Premium Members And Get More In-Depth Stock Guidance and Research
By Chuck Saletta - Updated Oct 23, 2019 at 10:06AM

Buffett is a huge fan of strong cash generation at a reasonable price.

Warren Buffett earned his reputation as the greatest living investor thanks to his relentless focus on value investing. At its core, much of Buffett's version of value investing can be summed up in this famous quote from him: "It is far better to buy a wonderful company at a fair price than a fair company at a wonderful price."

Generally speaking, wonderful businesses to Buffett's mind are ones that can generate a substantial amount of cash over long periods of time. Cash generation is a clear sign that a company produces a good or service that people want and can price it at a level where it can earn a decent return for its efforts. Sustaining that cash generation over time is a sign that the company can adapt as the market changes. With that concept in mind, here are three stocks that Buffett would love. 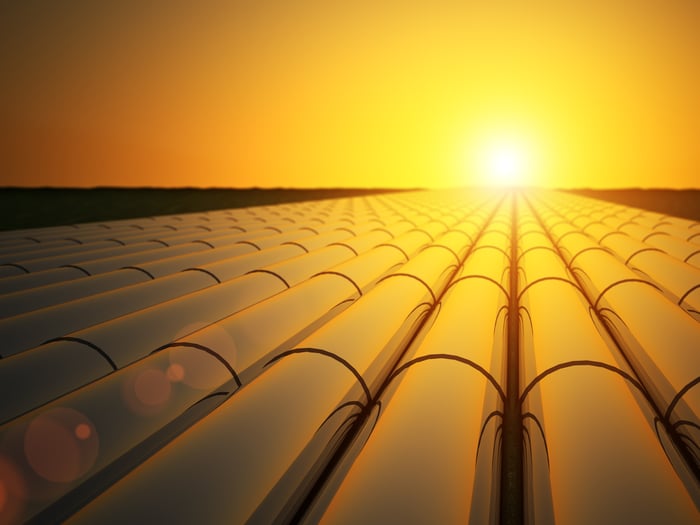 No. 1: A pipeline giant trading at less than 10 times operating cash flow

Kinder Morgan (KMI 0.05%) fell from Wall Street's grace back in 2015, when it slashed its dividend in order to protect its balance sheet from a downgrade to junk status. Before the market started getting skittish about the possibility of that dividend cut, its shares fetched above $40 each. After the cut, the company's shares plummeted as well, ultimately dropping by more than two-thirds.

While the company did stumble, its cash generation remained strong. Indeed, it consistently produced more than $4 billion in operating cash flow every year, even after slashing its dividend. It used that cash, along with the proceeds from some asset sales, to clean up its balance sheet and, ultimately, to resume boosting its dividend. With that move, it should have pleased investors with a long-term focus, as it did exactly what it needed to do to improve its chances of lasting for the long haul.

Yet the market still seems spooked by Kinder Morgan's past dividend cut, despite its consistently strong cash flows and the fact that its balance sheet is healthier today than it was before it cut that dividend. That spook is what enables investors to buy its shares for less than 10 times operating cash flows. With a recent market capitalization of $46 billion vs. $4.67 billion in trailing-12-month cash from operations and a healthier balance sheet, it looks very much like a solid business trading at a fair price.

No. 2: A company building its own healthcare empire

CVS Health (CVS 1.92%) may be best known to the general public by its retail stores but, in actuality, those stores represent less than 10% of the company's total revenue. Between pharmacy services, health insurance, clinics, and other services, most of the company's revenue comes from healthcare-related sources that most assuredly aren't its retail sales operations. 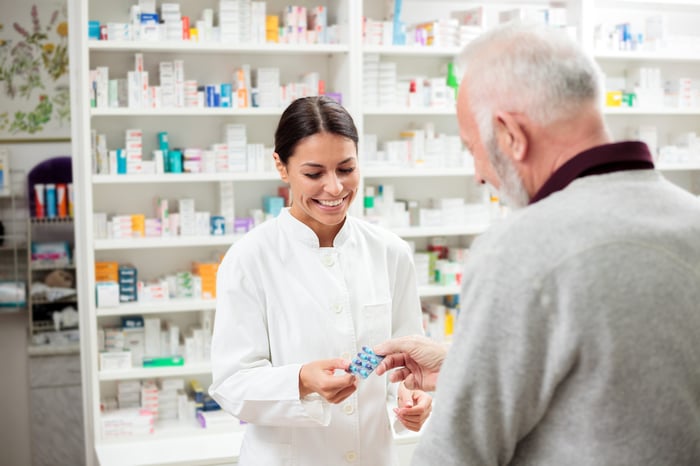 The company's shares are not all that far above their five-year lows. That fairly weak share price has generally been driven by two factors. First, the company has leveraged a lot of debt in its recent acquisitions, which has added a bit of risk to its balance sheet. Second, there's substantial political risk around healthcare-related companies at the moment, putting several of CVS Health's business lines in the crosshairs.

Still, the reason CVS Health was able to take on so much debt to fuel its acquisitions is that, absent the political risk, its operations generate significant amounts of cash. Indeed, the company has made over $10.8 billion in cash from operations over the past 12 reported months. At a recent market capitalization of around $85 billion, it can be picked up for around eight times its annual ability to generate operating cash flow.

No. 3: A business that specializes in renting expensive equipment

Atlas Air Worldwide (AAWW -2.94%) is in the business of leasing out airplanes. That can be an incredibly difficult way to make money, as airplanes cost a fortune and have to be moved around a lot. Indeed, historically, Buffett has shied away from airlines due to the challenging structural economics, but he has changed his tune in recent years. 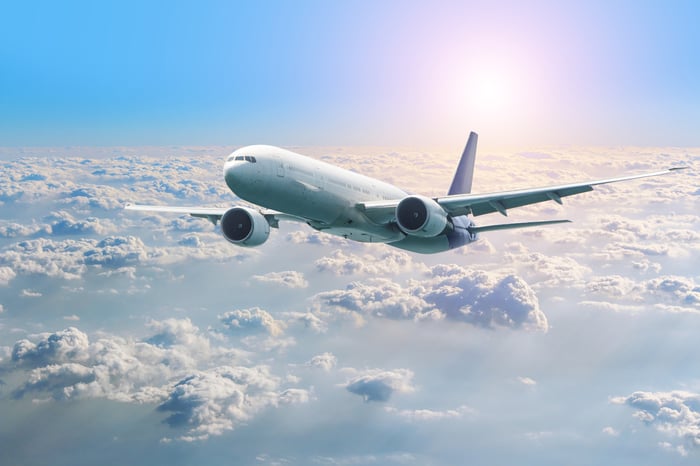 Since planes cost so much, companies can't easily afford to let their equipment sit idle. As a result, when there's excess capacity in the market, leasing companies are often willing to rent their equipment at low rates just to keep it moving. Similarly, because planes are so mobile, they can quickly get almost anywhere in the world where there's any sort of demand for their service. That makes it difficult to sustainably earn a high return on capital as available capacity can easily move where it's needed.

Because of those risks, Atlas Air Worldwide currently trades at a very low valuation of less than five times its anticipated earnings. Those earnings are well covered by operating cash flows, and with a debt-to-equity ratio below 1.5, it has a debt load that should be manageable in all but a massive recession. Recession fears are part of what has knocked its shares down in recent months.

If the market's fear surrounding aircraft leasing proves to be overblown, Atlas Air Worldwide could very well reward investors simply by continuing to generate similar amounts of cash. If the market's fear recedes, the company doesn't even need to deliver much growth to justify a somewhat higher price.

The Worst Growth Dividend Stocks of 2016