Please ensure Javascript is enabled for purposes of website accessibility
Log In Help Join The Motley Fool
Free Article Join Over 1 Million Premium Members And Get More In-Depth Stock Guidance and Research
By Luis Sanchez CFA - Oct 23, 2019 at 7:00AM

On the surface, Care.com (CRCM) appears to be a sound investment. The company is the world's largest online platform for connecting families with at-home care providers such as childcare (babysitting), senior care, special-needs care, and other nonmedical family care needs. Since Care.com went public in 2014, it has grown its revenue at a double-digit rate on average and has narrowed its net losses.

However, the company has had its fair share of business and regulatory issues, which have increased the risk in the stock. 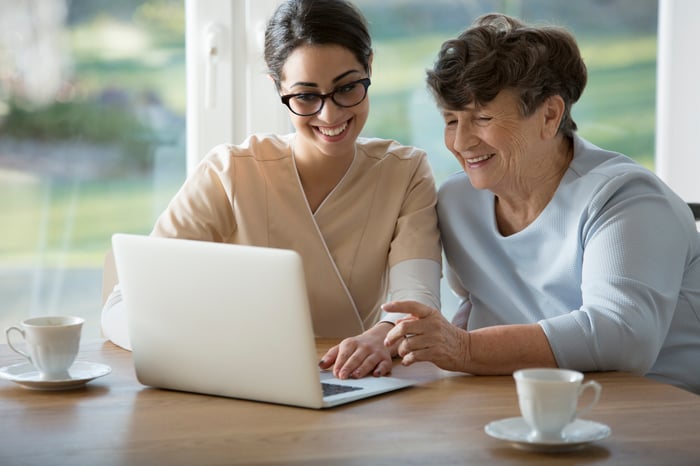 If you are searching for a care provider for a member of your family, safety is going to be your chief concern. No one wants to leave their child or elderly parent with someone who can't be trusted. Unfortunately, the safety of Care.com is in question after extensive reporting from the Wall Street Journal earlier this year uncovered numerous cases in which the platform was used by criminals.

At the heart of the reporting were questions of whether Care.com has done enough to screen and vet care providers. It seems that many of the problems could have been avoided with basic background checks and human-monitored safeguards. For example, the Wall Street Journal (owned by News Corp.) noted several instances in which caregivers on the platform had criminal records and went onto commit crimes against children or elders after being matched on Care.com.

It was also alleged that Care.com hasn't been checking to make sure care providers are licensed, and the reporting claimed to have found hundreds of unlicensed daycares soliciting business on the website.

Care.com responded to the allegations by noting that it has always had security features in place; however, just two months after the initial story broke, Care.com announced significant changes to its background checks and ID verification process. The fact that Care.com needed to make these changes somewhat validates the allegations that its original security features might have been lacking.

The Wall Street Journal articles attracted a lot of attention and are found on the first page of an internet search for Care.com. Anyone researching the platform is bound to find the negative coverage, which could sway them toward using a competing service; therefore, even if the reporting wasn't 100% accurate, it has done reputational damage to the company.

Another sign of risk at Care.com is a high degree of management turnover -- even before the investigative journalism began. In February 2019, the company's general counsel resigned. The company recently found a replacement for its chief financial officer, who resigned in June 2019. However, most notably, the company needs to find a new CEO to replace its founder, Sheila Marcelo, who announced her transition to the chairman role in August 2019.

High management turnover is never a good sign for investors. At its most benign, executive turnover translates to a lack of consistent leadership at a company and can negatively impact a company's strategy and operational execution. At its worst, the high turnover could indicate that something is wrong at the company and that leaders do not have faith in Care.com's prospects.

While Marcelo will still oversee the company as chairman, she will be hard to replace, since she is the architect of the business and brought it this far. Hopefully, Care.com will be able to find a new leader as capable as her.

A cut to financial guidance

With all of the controversy and executive turnover, it's a bit surprising that the company's financial metrics have held up relatively well.

Revenue growth has slowed from its 20%+ pace a few years ago, but sales are still growing at an impressive double-digit rate. Operating margins are much higher than where they were during the company's high-growth phase, but they have recently slipped into negative territory again. 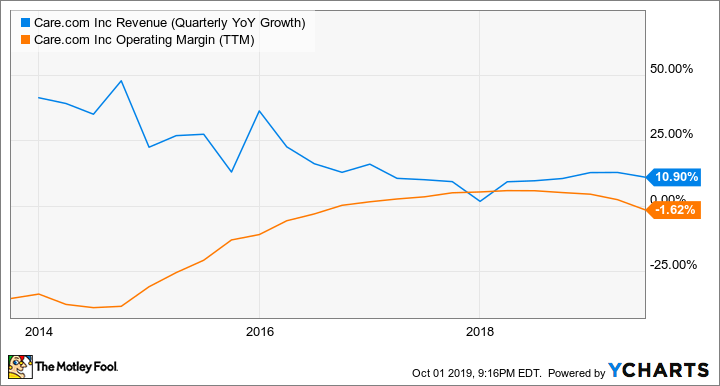 While it is comforting to see robust growth and some improvement in margins over time, investors should focus on the future. Last quarter, the company slashed its guidance for both sales growth and earnings per share, which led the stock to decline. The changes in the business might be starting to impact the company's financial metrics.

As it turns out, Care.com is quite a risky stock. 2019 has seen the company confronted with scandals over its business practices and an exodus of several key executives. Finally, the company's growth prospects appear to be weakening. 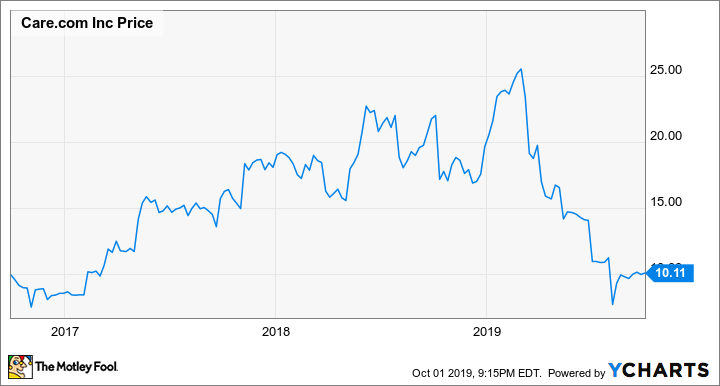 Investors have sold down Care.com's stock price to reflect the increased risks. If the issues persist, expect the stock to continue falling; however, if a new CEO can come in and turn things around, the stock may be a bargain at current levels. Either way, investors should be aware of the risks involved.

What IAC's Acquisition of Care.com Means for Investors

Is Care.com an Attractive Takeover Target?

How Online Platforms Are Disrupting the $335 Billion Caregivers Market

Why Care.com Is Swooning Today

Why Care.com Stock Is Rallying Today