Netflix (NASDAQ:NFLX) had a rough Q2. Its U.S. subscriber base shrank for the first time in eight years, and international growth was not enough to save the company from missing growth projections. All that is in the past, though: Netflix has released its Q3 earnings report, and the news, for the most part, is good.

Netflix's U.S. subscriber growth wasn't mind-blowing this quarter, but it does show a marked improvement over last quarter's shocking loss -- the two essentially offset, giving Netflix a pretty flat 60.2 million to 60.6 million paid membership growth from Q1 to Q3 of this year. Netflix's international subscriber figures look good, especially compared to Q2's alarming numbers. But a bigger question looms over this bounce-back: What will Netflix do next quarter, when Disney's (NYSE:DIS) new streaming service shakes up the streaming marketplace? 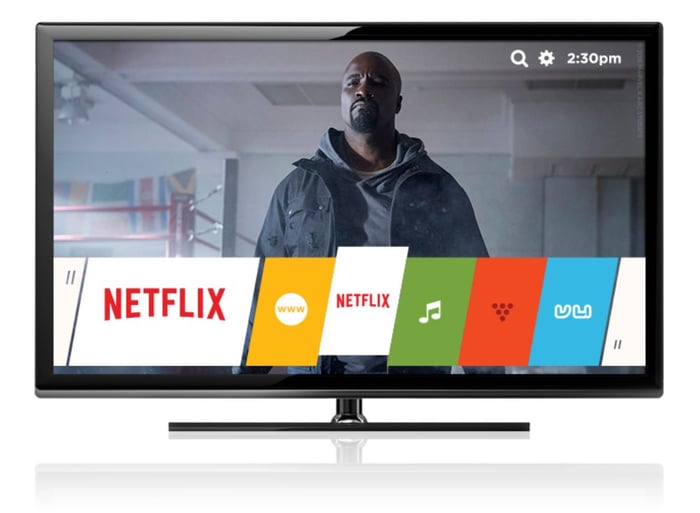 All as it should be

The Q3 earnings report is good news for Netflix, no doubt about it. And the narrative is good, too: After a shaky Q2, the company is back on track. But right now it should be on track. Netflix remains far and away the most popular on-demand streaming service on the market. Its most significant competitors, including Amazon.com's Amazon Prime Video service and Disney-controlled Hulu, are way behind.

Netflix is expected to be dominant, which is why the Q2 results were such a shock. These Q3 results are better, but this level of performance should be an expectation in the current streaming marketplace. The question is whether it should be an expectation in the next streaming marketplace -- the one that will start on Nov. 12.

Disney's Disney+ streaming service has a smaller library than Netflix and will cost less. But of all the would-be Netflix-killers and Netflix competitors that tech investors have seen come and sometimes go over the years, Disney+ looks like the strongest. The massive media properties it boasts, including some Fox properties, legacy Disney content, Marvel Studios, Pixar, and the Star Wars films, have given it the status of a streaming giant even before launch.

Netflix faltered in Q2 following a price hike; now, in Q4, it's going to face down a new competitor at a lower price point in the same domestic market that caused all the trouble in Q2. Worse, Disney+ will effectively siphon off some of Netflix's best content over the coming months and years, as old streaming contracts expire and monster hits like Avengers: Endgame leave Netflix for Disney+.

How will Netflix do?

Netflix investors should be wary of the company's future in domestic markets. The company's executives have insisted that a rising tide of cord-cutting will lift all boats, but that's hard to take seriously when Netflix so recently registered a net loss in domestic subscribers (without any correlating slow in the cord-cutting trend that the company seems to think will make fortunes for all the streaming competitors).

The bright side for Netflix is clearly its international growth. The service is beating expectations abroad, where Disney+ should have a smaller impact. (Disney+ will launch in Canada, the Netherlands, Australia, and New Zealand in November, but that's it -- for now, at least.) Good international growth should help Netflix soften the blow, but even that fail-safe feels a little less than guaranteed -- while international numbers looked good in Q3 and domestic losses stole the spotlight in Q2, those weak international numbers from Q2 were pretty shocking in their own right. Tech investors should not be expecting an easy Q4 for Netflix, regardless of how much better Q3 was than Q2. This next quarter will take place largely in a streaming world that will look entirely different from that of Q1, Q2, and Q3.