Please ensure Javascript is enabled for purposes of website accessibility
Log In Help Join The Motley Fool
Free Article Join Over 1 Million Premium Members And Get More In-Depth Stock Guidance and Research
By Leo Sun - Oct 24, 2019 at 9:30AM

President Trump touts the new Louis Vuitton plant in Texas as a big victory, but was it just a quid pro quo for being excluded from new tariffs?

The Trump administration recently imposed tariffs on a wide range of European products in response to the EU's violation of World Trade Organization (WTO) rules with its government subsidies for aircraft manufacturer Airbus (EADSY -0.97%). Those subsidies, the U.S. argued, gave Airbus an unfair advantage over its American rival Boeing (BA 0.28%).

The WTO initially ruled in favor of the U.S. in 2010, and European governments were ordered to stop subsidizing Airbus. However, the WTO's follow-up review in 2016 found that those orders hadn't been followed, which cleared the way for retaliatory tariffs from the U.S. 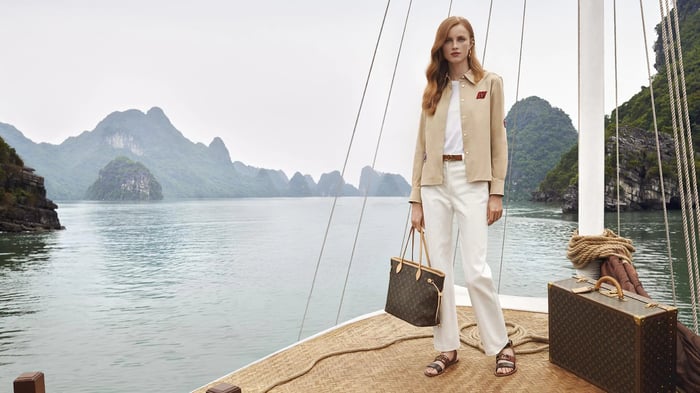 Shares of French luxury giant LVMH (LVMUY -0.67%) -- which owns upscale brands like Louis Vuitton and Hennessy -- initially fell on fears that those tariffs would hurt its sales of products to the U.S. But when the tariffs were actually announced, LVMH's leather handbags and Hennessy cognac were left off the list.

Shortly afterward, LVMH CEO Bernard Arnault and President Trump cut the ribbon on a new Louis Vuitton plant in Texas as part of the Trump administration's "Pledge to America's Workers" initiative. The plant currently employs 150 workers who are making purses and backpacks, but LVMH expects the facility to generate 1,000 jobs over the next five years.

Arnault didn't mention the plant and tariffs in the same breath, but it certainly seems like the luxury giant cut a deal to avoid the tariffs. Let's dig deeper to see how this deal could help or harm LVMH.

The U.S. accounted for 23% of LVMH's total sales in the first half of 2019, making it the company's largest market besides Asia. But its organic sales in the U.S. (excluding Hawaii) grew just 8% during that period, making it LVMH's slowest-growing market. LVMH called the U.S. a key growth market for its wine and spirits business and Sephora, the main growth engine of its selective retailing unit.

LVMH's third-quarter update (which didn't break down its sales by region) saw "good progress" in the United States, but the region's growth still likely trailed behind the company's total organic sales growth of 11%. Therefore, higher tariffs in the U.S., its slowest-growing market, could offset LVMH's gains in higher-growth markets like China and Japan and dent its profits.

LVMH realized a long time ago that there could be pressure from the U.S. to produce more of its goods domestically. That's why it started manufacturing some products in California over the past three decades and why it quietly joined Trump's Pledge to America's Workers program and selected the Texas location for its plant in 2017. 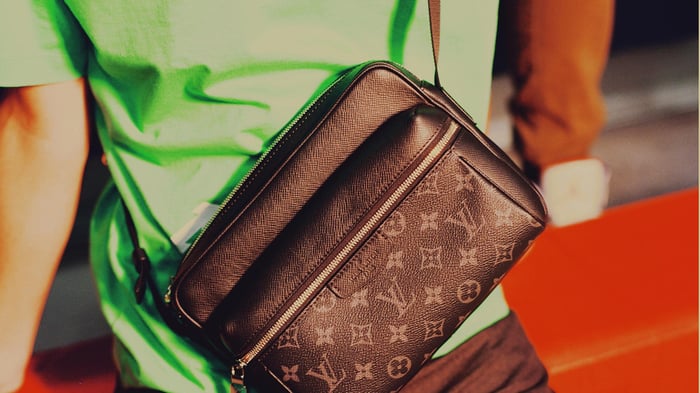 Louis Vuitton bags produced in the U.S. likely have lower margins than those produced overseas, due to higher labor costs. However, LVMH likely believes that sidestepping Trump's tariffs justifies those higher expenses, and some of those higher expenses can be offset by lower shipping or import costs.

Furthermore, Louis Vuitton is only one brand in LVMH's portfolio of leather and fashion goods -- which includes 16 other houses like Fendi, Dior, and Marc Jacobs. Sacrificing margins on a small percentage of Louis Vuitton products to shield those other brands from higher tariffs makes strategic sense.

However, LVMH's decision to cozy up to the Trump administration could also backfire and harm its brand. Louis Vuitton's creative director Nicolas Ghesquière recently slammed President Trump as a "joke" in an Instagram post and refused to be associated with him.

Louis Vuitton didn't promote the Texas plant's opening on social media, and Arnault distanced himself from Trump by stating that he had "no political role" and wasn't "here to judge his types of policies" during the ribbon-cutting ceremony, as reported by The New York Times. Arnault acknowledged that he has known Trump personally since the 1980s, according to WWD, but stopped short of calling him a personal friend.

Yet it's easy to see how Arnault's decision could spark a fierce backlash from its celebrity endorsers and customers. For example, Under Armour (UA 0.33%) (UAA 1.40%) CEO Kevin Plank's praise of Trump in 2017 drew sharp rebukes from some of the brand's top endorsers, like The Rock and Stephen Curry -- and forced Plank to retract his statement with a full-page newspaper ad.

Arnault's statements indicate that he doesn't want LVMH to be closely associated with Trump, but it's clearly placating Trump with the headline-grabbing opening of its Texas plant. This move shields LVMH from the new tariffs, but investors should be wary of a potential backlash if Trump loudly touts the Louis Vuitton plant as a major victory for his job creation policies.