Please ensure Javascript is enabled for purposes of website accessibility
Log In Help Join The Motley Fool
Free Article Join Over 1 Million Premium Members And Get More In-Depth Stock Guidance and Research
By Leo Sun - Oct 20, 2019 at 9:30AM

Why buy a mid-range underdog when you can buy the high-end king?

Tapestry (TPR -0.08%), the parent company of Coach, Kate Spade, and Stuart Weitzman, has disappointed investors as its stock plunged roughly 40% over the past 12 months. During the same period, shares of its upscale rival LVMH (LVMUY 0.31%) -- which owns Louis Vuitton, Dior, and Sephora -- surged nearly 40%. 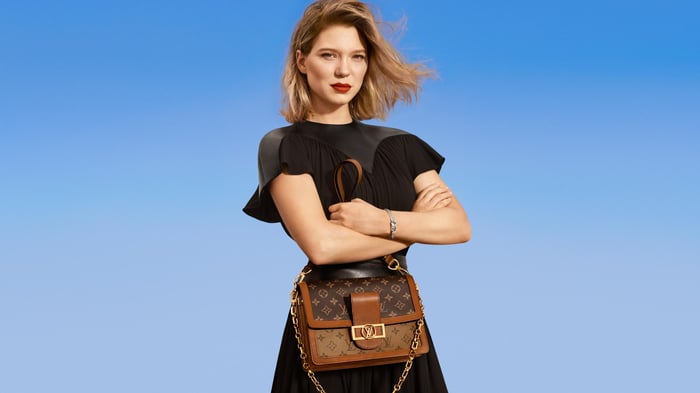 But after Tapestry's big drop, some value-seeking investors might be drawn to the stock's forward P/E ratio of 9 and its forward yield of 5.2%. LVMH trades at nearly 30 times earnings and pays a forward yield of 1.6%. However, Tapestry is cheap for obvious reasons, while LVMH's strengths justify its premium.

Tapestry's top brand is Coach, which generated 71% of its revenue in fiscal 2019 (which ended on June 29). Kate Spade generated 23% of its revenue, while Stuart Weitzman accounted for the remaining 6%.

LVMH owns 75 brands across five main businesses: fashion and leather goods (41% of its revenue in the first nine months of 2019), selective retailing (27% of revenue), perfumes and cosmetics (13% of revenue), wines and spirits (10% of revenue), and watches and jewelry (8% of revenue).

Tapestry generated 61% of its revenue from North America in 2019, followed by 17% from Asia (excluding China), 15% from China, and 7% from other markets. Coach's massive exposure to North America and China could be major liabilities as the trade war escalates. It's already struggling with a 25% tariff on its Chinese-made handbags and the new 10% tariff on products like apparel and footwear.

LVMH's revenue is more evenly distributed, with sales to the U.S. and China accounting for less than half its total revenue. As a French company, LVMH isn't exposed to the trade war between the U.S. and China, although the U.S. recently hit its wines and spirits business with higher tariffs.

Tapestry sells "affordable luxury" brands for middle class shoppers, who generally rein in their spending during economic downturns. Most of LVMH's brands serve higher-end customers who don't struggle as much during recessions. All these factors make LVMH a more well-rounded luxury company than Tapestry. 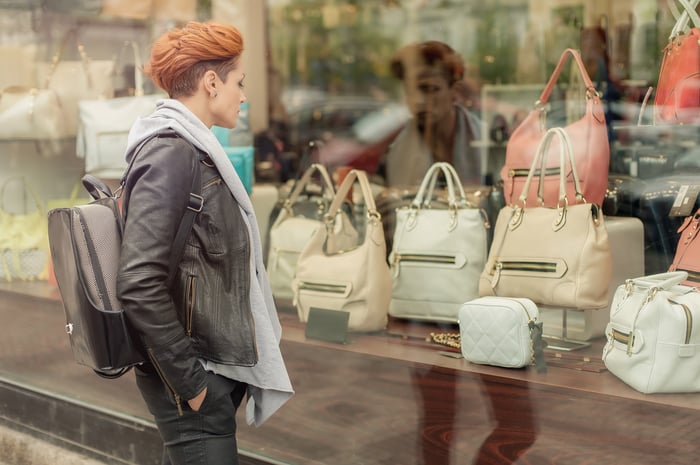 LVMH's total revenue rose 16% annually (11% on an organic basis) to 38.4 billion euros ($42.4 billion) in the first nine months of 2019. All of its business units posted strong organic growth, with the fashion and leather goods group leading the charge with an 18% jump.

LVMH noted that its sales in Hong Kong fell 25% annually during the third quarter, but it easily offset that softness with the stronger growth of other markets like mainland China. That's a stark contrast to other luxury retailers like Tiffany & Co. (TIF), which remains dangerously overexposed to the Hong Kong market.

In other words, LVMH is several times larger than Tapestry, but still consistently generates better revenue and profit growth than its American rival.

When Tapestry was still known as Coach, it acquired Kate Spade and Stuart Weitzman to diversify its portfolio. However, all three are fickle mid-range brands that are less resilient than upscale powerhouse brands like Louis Vuitton and Dior.

Tapestry's growth is plateauing due to market saturation and macro challenges, while LVMH is still charging ahead. That's why LVMH should remain a better luxury stock than Tapestry for the foreseeable future, and why it deserves its premium valuation.