Please ensure Javascript is enabled for purposes of website accessibility
Free Article Join Over 1 Million Premium Members And Get More In-Depth Stock Guidance and Research
By Keith Speights - Oct 24, 2019 at 6:00AM

What a difference one quarter makes. Only three months ago, Align Technology ( ALGN -3.62% ) caused investors to worry after the company warned about "uncertainty in China" and provided disappointing guidance for the third quarter. 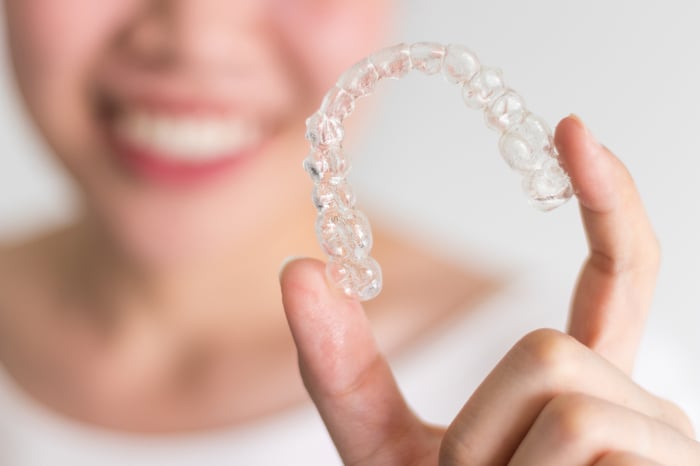 In July, Align told analysts to look for net revenue in Q3 to come in between $585 million and $600 million. Wall Street took that guidance to heart, with the consensus analysts' revenue estimate for the quarter pegged at just under $594 million. But Align's actual Q3 net revenue totaled $607.3 million, up 20.2% year over year and setting an all-time high for the company.

What happened? Align Technology CEO Joe Hogan attributed the better-than-expected results to growth in its Asia Pacific and Latin America markets. Record-high sales were achieved in both regions.

Hogan also said that the company saw "improving trends in the North American orthodontic channel." The only weak spot was in the Europe, Middle East, and Africa (EMEA) region. However, Align expected typical summer seasonality in this region.

Align's iTero scanner and services revenue jumped 16.5% year over year to $91.1 million. While that total reflected a quarter-over-quarter decline, lower scanner sales were anticipated because of the record-high performance in Q2.

The company announced Q3 earnings of $102.5 million, or $1.28 per diluted share. This was a lot better than the consensus analysts' earnings per share (EPS) estimate of $1.14. However, Align's operational spending has increased significantly, resulting in a relatively modest year-over-year EPS growth of 3.2%.

Some of that extra spending is related to Align's growing lineup of marketing partnerships. The company has teamed up with the Carolina Hurricanes ice hockey team, the New England Patriots, the San Francisco 49ers, and the Toronto Raptors to make Invisalign "the official smile partner" for each of these teams.

The relationships with sports teams and the Life Time sponsorship deal are focused on building consumer awareness for Invisalign. Align is betting that its increased marketing presence will pay off as competition increases in the clear-aligner market.

The company is teaming up in a different way with Zimmer Biomet. The dental supply giant is distributing Align's iTero Element intraoral scanner in the U.S., Canada, Europe, and Japan.

Align expects net revenue in the fourth quarter between $640 million and $650 million. The midpoint of that range reflects 21% year-over-year growth. The company projects Q4 EPS between $1.35 and $1.42. Align's outlook topped Wall Street expectations on both top and bottom lines.

Look for some stock buybacks as well. The company said that it plans to repurchase at least $100 million of its shares during the fourth quarter. Paying for those shares shouldn't be a problem: Align ended the third quarter with $782.4 million in cash, cash equivalents, and marketable securities.

Align appears to have its groove back. And any worries that investors could abandon the stock in favor of SmileDirectClub following the teledentistry company's initial public offering in September appear to have gone away.

Perhaps the biggest threat to Align right now is the possibility of an economic downturn. While healthcare stocks are usually fairly resilient during recessions, orthodontic aligners aren't always viewed by consumers as must-haves. If consumers begin to worry about their pocketbooks, Align could find it harder to bring smiles to investors' faces.