Shares of Netgear (NTGR -1.60%) slumped on Thursday after the networking company reported mixed third-quarter results. Revenue came up short of analyst expectations, and the company's guidance for the fourth quarter badly missed the mark. The stock was down about 15.2% at 11 a.m. EDT today.

Third-quarter revenue was $265.9 million, down 1.3% year over year and about $6.3 million below the average analyst estimate. A solid performance in North America was more than offset by weakness in other regions. CEO Patrick Lo pointed to Brexit uncertainty, yuan depreciation, and an unexpected economic slowdown in China and Hong Kong as contributing factors. 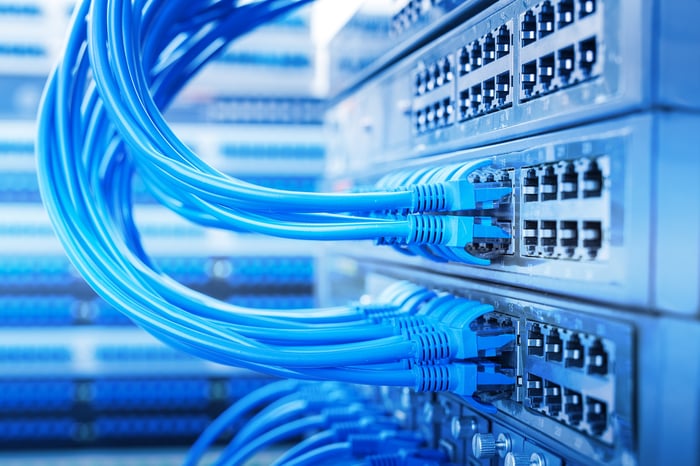 Non-GAAP (adjusted) earnings per share came in at $0.65, down from $0.73 in the prior-year period and $0.05 higher than analysts were expecting. A tax-related benefit of $0.13 per share boosted earnings in the third quarter of 2018, muddling the comparison.

Lo sounded optimistic about the company's prospects, despite the weak results: "Despite the challenging environment, our team continues to execute well and is seeding the market with innovative new products ... We remain confident that growing our registered user base and our number of app users will pay future dividends, and we will continue to drive initiatives to extend this momentum."

Along with missing revenue estimates, Netgear provided guidance that fell well short of expectations. The company sees continued uncertainty in international markets, and it's taking steps to reduce channel inventories in North America to prepare for the shift to the WiFi 6 standard.

It expects fourth-quarter revenue between $240 million and $255 million, along with a non-GAAP operating margin in a range of 4.5% to 5.5%. That revenue range is far below the $288.9 million of revenue the company produced in the fourth quarter of 2018, and even further below the average analyst estimate of $296.4 million.

With a steep revenue decline coming in the fourth quarter, it's no surprise investors are punishing the stock.