Please ensure Javascript is enabled for purposes of website accessibility
Log In Help Join The Motley Fool
Free Article Join Over 1 Million Premium Members And Get More In-Depth Stock Guidance and Research
By Evan Niu, CFA - Oct 25, 2019 at 9:00AM

"There's still a lot of people choosing Slack, despite the fact that they have Teams bundled in for free."

Slack (WORK) CEO Stewart Butterfield sat down at the WSJ Tech Live conference this week to discuss a wide range of subjects. As is often the case when Slack comes up nowadays, the topic of Microsoft (MSFT -1.73%) is sure to follow. Microsoft's competing Teams product represents arguably the greatest competitive threat to Slack, although the CEO has expressed on numerous occasions why he's not all that concerned about competing with one of the largest tech behemoths in the world.

Here's what Butterfield had to say.

Speaking with The Wall Street Journal's global tech editor, Jason Dean, Butterfield discussed all of the recent focus on user metrics. Microsoft had said in July that Teams had 13 million daily active users (DAUs), an announcement that Dean pointed out was conveniently made during the quiet period associated with Slack's direct listing -- Slack was unable to respond to the jab. Slack finally fired back earlier this month, pointing to higher engagement among its users.

Butterfield also noted that there has been a lot of forced migration to Teams as Microsoft has been trying to streamline its enterprise communications platforms. A few years back, Microsoft rebranded Lync as Skype for Business, which was then rebranded as Teams in 2017. Most of the top internet searches for Microsoft Teams relate to uninstalling the app or stopping it from automatically loading once a computer boots up. "So there's a very aggressive push to get people in [to Teams]," according to Butterfield. 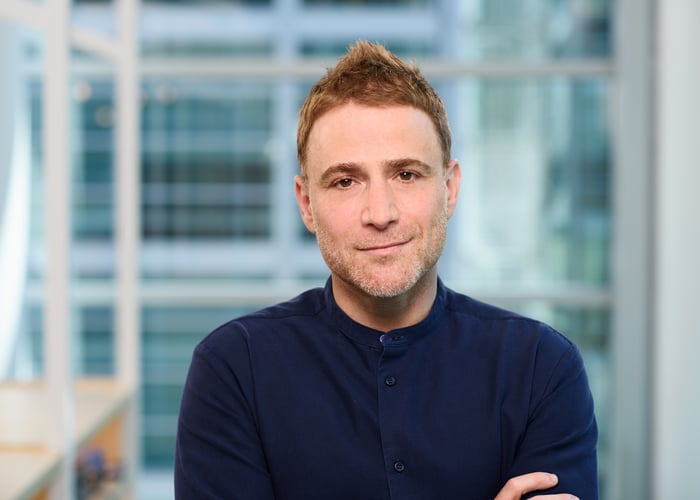 In other words, Butterfield believes that Microsoft is highlighting misleading metrics. "That's kind of crazy for Microsoft to do, especially during the quiet period," Butterfield said.

Microsoft is also an important partner to Slack, given the ubiquity of Office 365. Butterfield said, "You look at our top 50 biggest customers, 70% of them are not only Office 365 users, but they're Office 365 users who use the integrations with Slack."

The chief executive argues that Slack can fend off Microsoft by focusing on customers, and that a small company focused on a single product can oftentimes have "an advantage versus the large incumbent with multiple lines of business."

Butterfield added, "There's still a lot of people choosing Slack, despite the fact that they have Teams bundled in for free." That bundling is a powerful tool for Teams, but Butterfield clarified that much of Slack's adoption within an organization continues to be driven from the bottom up even to this day.

When asked if Microsoft should be under greater regulatory scrutiny -- antitrust regulators are focusing primarily on other tech companies -- Butterfield declined to offer a legal opinion but said the company is engaged in "surprisingly unsportsmanlike conduct."