(And why it should maybe drop some more).

Heading into earnings, analysts had predicted that First Solar would book $1.13 per share in profit on more than $1 billion in sales. When earnings came out last night, however, the numbers were a disappointment:

First Solar had $0.29 per share in profit, and sales of only $547 million -- barely half what had been predicted. 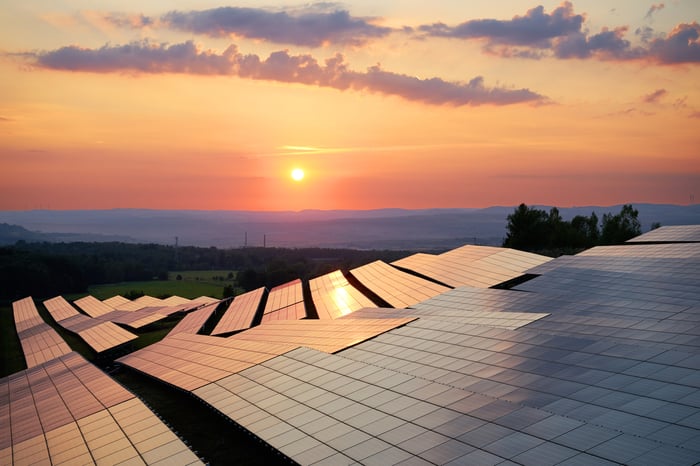 Indeed, sales actually declined 19% from last year's third quarter (not the kind of result you like to see in a growth stock), and profits were off 46% from the $0.54 per share First Solar had earned in Q3 2018.

Management ascribed the reversal in fortunes to "lower systems revenue from project sales in the United States, partially offset by higher module sales volume," but still insisted it will hit its previously issued sales guidance of $3.5 billion to $3.7 billion by year-end, and earn between $2.25 and $2.75 per share on these sales.

More worrisome to me, however, is what will happen on the free cash flow front. To date, First Solar has suffered negative operating cash flow of $607.5 million this year (four times last year's cash consumption, by this point in time). Even with capital spending down 16% from last year at $510.6 million, that works out to negative free cash flow of more than $1.1 billion, and an annual run rate of closer to $1.5 billion -- fast enough to nearly consume the $1.6 billion in cash First Solar says it still has on hand within a year, unless things change in a hurry.

No wonder investors are feeling nervous.