Please ensure Javascript is enabled for purposes of website accessibility
Log In Help Join The Motley Fool
Free Article Join Over 1 Million Premium Members And Get More In-Depth Stock Guidance and Research
By Keith Speights - Oct 25, 2019 at 5:00AM

Illumina (ILMN -0.53%) downright disappointed investors with its second-quarter results in July, reporting slowing revenue growth and a year-over-year decline in adjusted earnings. However, CEO Francis deSouza said at the time that this wasn't "a new normal" for the gene-sequencing leader.

The company proved deSouza right -- sort of -- when it announced its third-quarter results after the market closed on Thursday. But it was also clear that Illumina hasn't yet returned to its "old normal" of sizzling revenue growth. 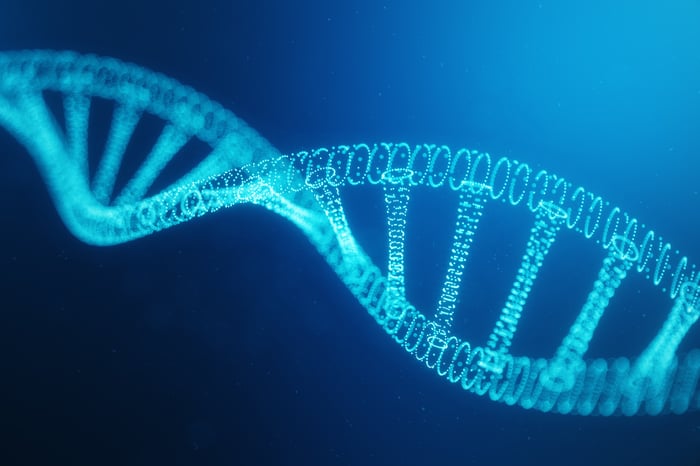 Illumina reported Q3 revenue of $907 million, up 6% year over year. This figure was much higher than the consensus analysts' revenue estimate of $870.8 million.

The company announced net income in the third quarter of $234 million, or $1.58 per diluted share, based on generally accepted accounting principles (GAAP). This reflected a significant improvement from the prior-year period GAAP earnings of $199 million, or $1.33 per share.

The company beat Wall Street estimates on both the top and bottom lines by a lot. Were investors excited? Not really. It was more of an indication that analysts were too pessimistic than a reason to celebrate Illumina's performance. Although Francis deSouza said that Q3 "was a solid quarter for Illumina," he added that the company's product revenue was in line with the company's own internal expectations.

The reality is that Illumina remains well off-track from being the growth stock that it once was. Probably the main culprit is the company's microarray business, with revenue falling nearly 24% year over year and 7% quarter over quarter, to $102 million. Weakness in the direct-to-consumer personal genomics business continued to weigh on the company.

Instrument sales also slipped nearly 6% from the prior-year period, to $146 million. The good news, though, was that this represented a jump of close to 10% from the second quarter.

Illumina's bottom line improved nicely, as well, thanks mainly to the company keeping a lid on spending. Operating expenses declined nearly 5% year over year, to $340 million. The company also benefited from lower income taxes in the third quarter of 2019, compared to the same quarter a year ago.

Perhaps the biggest question now for Illumina is what will happen with its planned acquisition of Pacific Biosciences of California. The United Kingdom's Competition and Markets Authority (CMA) announced today a provisional decision that would block the deal, based on concerns that it would limit competition in the gene-sequencing market.