Please ensure Javascript is enabled for purposes of website accessibility
Log In Help Join The Motley Fool
Free Article Join Over 1 Million Premium Members And Get More In-Depth Stock Guidance and Research
By Reuben Gregg Brewer - Updated Oct 28, 2019 at 8:36AM

Valero Energy, with a nearly 4% yield, is doing something material that gets lost in the big picture. Here's what it is.

Valero Energy (VLO 0.96%) is one of the largest refiners in the United States. That ties the company directly to the energy industry, which isn't a great place to be right now. That's part of the reason why Valero's dividend yield is a robust 4% or so, near the highest levels in its history. It can be hard to buy an "out of favor" stock, but there's something going on at Valero to which Wall Street may not be paying enough attention. Here's what you need to know about this high-yield refiner's efforts to build for the future.

It's impossible to argue that Valero isn't a key player in the oil and natural gas sector. The 15 refineries it owns can process 3.1 million barrels of oil per day. That places it squarely in the downstream energy space. In addition to that, it also controls pipelines, storage, and port assets, which fall into the midstream energy sector. And it markets and sells its products, including to Valero-branded gas stations. This is, by far, the largest piece of the company, with the division's revenue of nearly $115 billion in 2018 accounting for almost all of the top line. 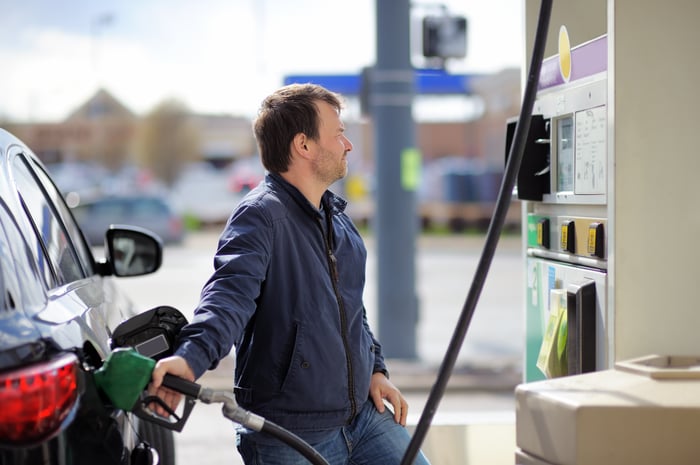 That said, Valero is more than just an oil and gas refiner. For example, it is also a major producer of ethanol. Its 14 plants and related assets turn corn into this fuel additive. Although that still puts the company in the energy space, it's arguably a business not tied directly to oil and natural gas. And ethanol can be considered renewable since it comes from plants. This segment, however, generated just $3.6 billion in revenue last year. Put simply, it's not the driving factor for Valero.

Together these two businesses account for almost all of Valero's top line and most of the bottom line as well. But there's one more segment that investors need to keep an eye on.

Today Valero is very clearly an oil and gas company, with even its ethanol business taking only a supporting role in supplementing petroleum-based fuels. But it also has a tiny biodiesel business, which it didn't even break out in 2018. Through the first half of 2019, biodiesel's revenue was roughly a third that of the ethanol segment. So financially speaking, biodiesel is an afterthought. 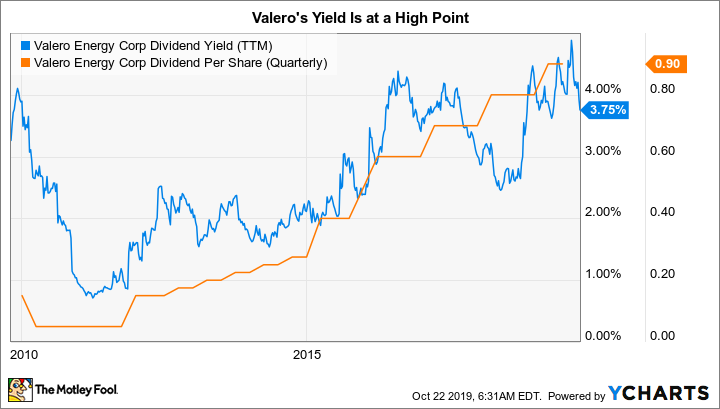 But before you dismiss this segment as meaningless, there are some facts to consider here. For example, Valero claims to be the world's second-largest producer of biodiesel. It may be a small business for the refiner, but it is a big player in the biodiesel space. Like ethanol, biodiesel is meant to help reduce the world's dependence on oil and natural gas and is created from renewable sources like recycled animal fats and cooking oils. It is, like ethanol, considered to be a green energy source. Valero is planning on more than doubling its biodiesel capacity by late 2021.

The construction of that capacity, however, could be just the tip of the iceberg. Valero just announced that it is looking at another expansion effort that would increase its biodiesel production to roughly 1.1 billion gallons annually, or nearly four times what it produces today. The second expansion is a 50/50 joint venture with Darling Ingredients that will get a final yes/no decision in 2021 as Valero's current biodiesel investment nears completion. Biodiesel is clearly a very serious effort for Valero and one that is diversifying this oil and gas refiner further into the clean energy space. And even while increasing its green credentials, the company is still sticking close to its core refining expertise. There's a lot to like about this effort, including the fact that its core oil-tied operations are helping to fund the cost of its greener expansion efforts.

Valero is not going to go green overnight (or anytime soon), but it is making the initial efforts to adapt to the times and diversify its business. And that's a worthwhile fact to consider here. Equally important is that the International Energy Agency (IEA) estimates that, under current policies, the world's demand for oil will continue to grow through 2040. So Valero has plenty of time to shift its business around. In fact, even if world leaders get serious about carbon reduction, the IEA estimates "sustainable" policies would still result in oil providing a huge portion of the world's energy demand.

With that in mind, investors will likely be paying keen attention to Valero's oil refining business for years to come. But smart investors will also keep an eye on its renewable segments in ethanol and biodiesel. Those parts of the business are relatively small today, but they will be increasingly important for the future as Valero shifts its business along with the industries it serves. In fact, I'd even argue that Valero is a way to pick up a high-yield renewable energy company in the making.