Please ensure Javascript is enabled for purposes of website accessibility
Log In Help Join The Motley Fool
Free Article Join Over 1 Million Premium Members And Get More In-Depth Stock Guidance and Research
By James Brumley - Oct 29, 2019 at 9:55AM

The Federal Trade Commission has finally started to push back on misleading sales practices and sham influence-peddling.

Nobody really knows what sort of impact an online review of a product has on sales of that product. But we might soon get an idea.

The Federal Trade Commission recently made its first two key decisions aimed at cracking down on fake online reviews and the sale of fake social media "followers" to brands and internet influencers.

The second settlement outlined by the FTC will cost Sunday Riley Skincare and the person behind the company, Sunday Riley, nothing, but explicitly forbids Riley and the company's agents from posting misleading online product reviews. Similar decisions may already be in the works involving other companies, pointing to a much stronger effort to combat digital fraud than we've seen in the past.

The crackdown thus far has been aimed at the companies allegedly perpetrating fraud, and not the platforms facilitating it. In light of broad criticisms and new legal probes of so-called "big tech," though, it's not a stretch to suggest social networking platforms like Facebook (NASDAQ: FB) and Twitter (NYSE: TWTR), as well as e-commerce giants like Amazon.com (NASDAQ: AMZN) and smaller rival eBay (NASDAQ: EBAY) could eventually find themselves on the receiving end such decisions. 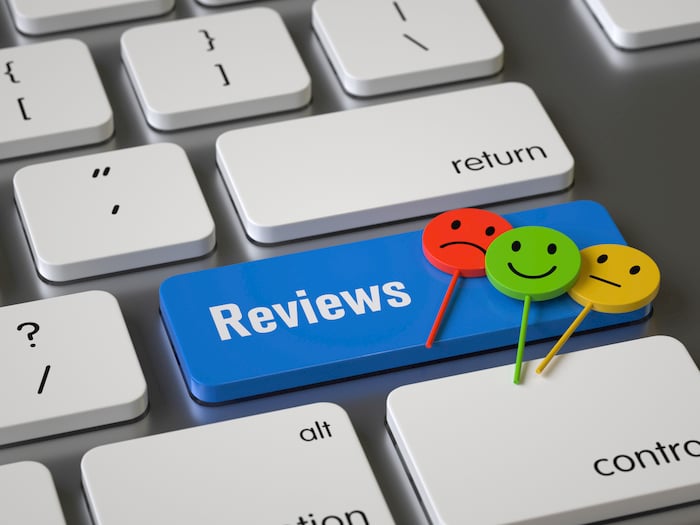 How, and which, companies could be affected

There are two prevailing schools of thought about how the FTC's decisions could affect the platforms that deliver misleading reviews or facilitate the sale of fudged influence. On the one hand, cutting down on the fakes could bolster credibility for authentic product reviews and promoters. On the other hand, the government can't possibly spot all product-pumping scams, leaving the legitimate players at a disadvantage.

If the FTC turns even more aggressive to fight online fraud -- and pivots from the sources of fraud to the platforms for that fraud -- some of the market's biggest tech titans could bear the brunt of the shift. Others might benefit. Several could do both, and will be forced to walk a fine line.

Amazon stands to gain, probably. One study found that 61% of reviews of electronics sold on its website are fake, while 63% of its beauty product reviews are fake. More trustworthy reviews could drive even more sales for the e-commerce platform.

Outfits like Facebook and Twitter face a different challenge. They host the influencers and their businesses are built around the people who use the platforms and can make money from them. If marketing via social media takes a hit, that threatens the platforms.

Then there are outfits like Yelp (YELP -2.62%), which relies on online reviews to sell ads and allows local businesses to promote themselves above and beyond simply being listed at Yelp.com. So far it's evaded legal liability for negative reviews posted on the site -- the legal onus seemingly falls on the shoulders of the reviewer. The FTC has now started to confirm that liability lies with the reviewer, forcing those reviewers to think twice, and choose their words carefully. That should make Yelp an even more credible source of reviews, and as such a platform where businesses feel more inclined to promote their service.

In short, the sector's biggest names now likely know change is coming, even if they're not exactly sure what it will look like for them.

Ready or not, here it comes

The dust is still settling, so to speak. Two rulings are a good start, but organizations that have abused the anonymity of the internet are likely to continue testing the depth of the FTC's interest in making the web a more trustworthy marketing platform.

This isn't apt to be a matter that fades away over time. If anything, given the success the commission has achieved with its early efforts, it may feel emboldened to continue pressing.

It doesn't hurt that there's already plenty of governmental and consumer support for pushing back against the internet's and tech sector's biggest names. The FTC and the Department of Justice are probing the aforementioned Amazon and Facebook, along with Apple (NASDAQ: AAPL) and Alphabet (NASDAQ: GOOGL) (NASDAQ: GOOG), largely due to antitrust concerns. Fake reviews and questionable ad metrics bolster the argument that "big tech" wields too much power.

Whatever's in the cards, it would be naive for companies to not start adjusting to the new standard now.