Tuesday was relatively quiet on Wall Street, with major benchmarks finishing modestly lower as investors awaited the latest moves from the nation's central bank. The Federal Open Market Committee began a two-day meeting today, and most market watchers expect the Fed to reduce short-term interest rates by another quarter percentage point when the meeting concludes Wednesday. That might provide further ammunition for bullish investors that the U.S. economy will be able to avoid a recession. Yet some high-profile stocks posted sharp declines, weighing on sentiment. Grubhub (GRUB), Beyond Meat (BYND -5.56%), and IPG Photonics (IPGP -4.15%) were among the worst performers. Here's why they did so poorly.

Shares of Grubhub plunged over 43% after the food delivery specialist reported its third-quarter financial results. Many of Grubhub's metrics indicated continued growth, including revenue gains of 30%, active diner counts up 29% to 21.2 million, and gross food sales seeing a 15% rise. Even though Grubhub's adjusted net income fell by 50%, the bottom-line results were consistent with what most investors had expected. Yet the company disappointed investors by serving up poor projections the remainder of the year. With potential competition looming, shareholders just don't feel confident that Grubhub can live up to the high expectations they've had for the company. 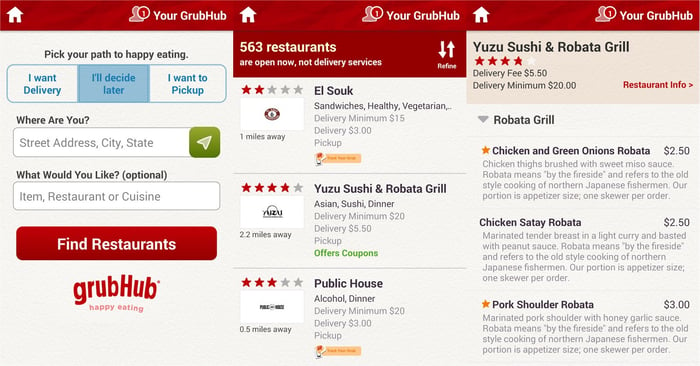 Beyond Meat breaks the lock

Beyond Meat saw its stock drop 22% following the release of its latest financials and the expiration of a key post-IPO lockup period. The plant-based meat alternative company's numbers looked strong, with sales jumping 250% from year-ago levels and positive net income that reversed net losses in last year's Q3. CEO Ethan Brown was happy with how the quarter went, as sales volumes in retail tripled year over year even as restaurant and food-service volumes quadrupled. Yet some attributed part of the decline to hopes for even better results, while others pointed to the ability of insider shareholders to sell off their stock for the first time since the company's IPO as cause for the drop. If Beyond Meat rebounds in the days to come, then it's more likely that the sell-off was due to the disruption that the lockup expiration caused.

Finally, shares of IPG Photonics fell more than 13%. The laser maker said that its revenue declined 8% in the third quarter of 2019 compared to year-earlier results, sending net income down an even steeper 43%. CEO Valentin Gapontsev pointed to a "challenging macroeconomic backdrop and competitive landscape in China" as headwinds for the company, and IPG Photonics responded by starting to look at cost-cutting measures in order to preserve capital for use in research and product development. As long as tariff issues loom large, however, the IPG Photonics could have trouble getting back to its former growth path.