Shares of National Oilwell Varco (NYSE:NOV) jumped more than 14% by 1:30 p.m. EDT on Tuesday. Propelling shares of the energy company was its third-quarter report.

On the surface, National Oilwell Varco's third-quarter report wasn't all that awe-inspiring. Revenue fell 0.3% from the second quarter and 1.3% year over year. Meanwhile, the company reported a loss of $244 million, or $0.64 per share, which was well below the $0.12-per-share profit that analysts anticipated. 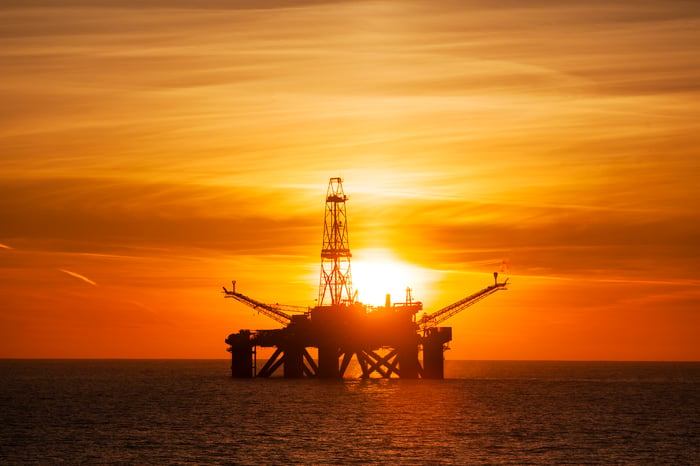 However, the main factor driving that loss was the $314 million in pre-tax charges the company took -- primarily restructuring costs that are part of its cost-cutting initiatives. That masked the fact that National Oilwell Varco's efforts to drive down costs paid big dividends during the second quarter. One evidence of this was its adjusted EBITDA (earnings before interest, taxes, depreciation, and amortization), which rose 34% sequentially and 7% year over year. On top of that, the company posted "its strongest cash flow quarter in more than three years," according to CEO Clay Williams; its initiatives are making a positive impact on its bottom line.

On the one hand, National Oilwell Varco continues to battle an uneven oil market recovery. While international and offshore drilling markets are finally starting to bounce back, North American shale drilling is slowing down. This headwind will likely impact its ability to grow sales over the next year. However, the company's initiatives to reduce costs should help boost its profitability, which could give its shares more fuel to keep rebounding.