Please ensure Javascript is enabled for purposes of website accessibility
Log In Help Join The Motley Fool
Free Article Join Over 1 Million Premium Members And Get More In-Depth Stock Guidance and Research
By Anne Burdakin - Updated Oct 30, 2019 at 9:24AM

With improving traction, the consumer-goods company has upside potential in a record stock market.

Newell Brands (NWL -2.12%), parent of many well-known consumer brands such as Rubbermaid, Calphalon, Graco, Coleman, and others, is executing on its turnaround plan. If management can demonstrate lower costs and show sales growth, the stock is well positioned to rise.

Newell, which reports earnings before market open on Friday, Nov. 1, got into trouble by historically relying on mergers and acquisitions to fuel growth. The company grew quickly, but increasingly showed weakness integrating and operating the new businesses.

The 1999 acquisition of Rubbermaid -- at that time the largest Newell had ever attempted -- looked like an ideal fit. Rubbermaid's products and sales channels were mostly the same as Newell's, offering cost savings by combining operations. Also, it brought some high-margin branded products to the table. 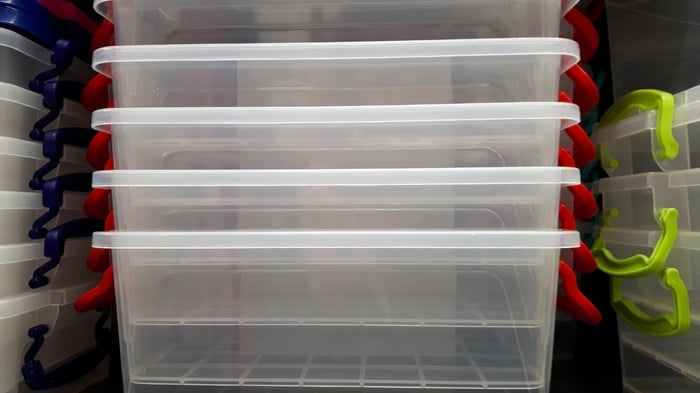 Rubbermaid's management was interested, but only if the deal could be done quickly. Newell, thinking it was a slam dunk, completed the $5.8 billion merger in just three weeks, skimping on due diligence and failing to exercise the discipline required for accurate acquisition evaluation.

Newell severely miscalculated the value of Rubbermaid. "We paid too much," former CEO Daniel Ferguson said. "We should have paid $31 per share, but we paid $38."

In addition to the deep problems lurking in the acquisition, Newell stumbled badly integrating the company and managing operations.

Two years after closing that deal, shareholders had lost 50% and Newell wrote off $500 million in goodwill.

The company had barely gotten back on its feet when management decided to make another big acquisition in 2015. The purchase of Jarden, a conglomerate of consumer brands in the outdoors and home appliance markets, set a record for Newell at $15.4 billion.

The weight of a giant acquisition and underlying operational weakness were too much and toppled Newell Brands' financials. After the merger, sales, profits, and cash flow declined. Newell took an $8 billion writedown in the third quarter of 2018. The stock price dropped from about $54 in August 2016 to a low of $13 earlier this year.

In 2018, activist investors including Carl Icahn and Starboard Value LP gained four board seats, and a turnaround plan was put into place.

Over 2018 and 2019, the company has sold 24 non-core businesses to pay down debt, which had ballooned to about $11.9 billion by the end of 2016. At that time, the debt leverage was 14. The business sales have generated about $6.8 billion, of which $1.66 billion was used to buy back shares, and the rest to pay down debt. That brought the debt leverage ratio down to 6.8; the goal is around 4 at the end of 2019. The leverage ratio is key to maintaining the company's investment grade rating.

Organic growth is an opportunity. Newell's products are mostly sold through traditional brick-and-mortar stores, whose sales have been declining as e-commerce is taking share away. But Newell is behind in adjusting to this change and in social media marketing. Saligram has only just taken the reins, but his deep experience in omnichannel marketing is already leading Newell to adapt.

SunTrust Robinson Humphrey upgraded the stock to a buy from a hold on Sept. 30. It sees Newell on the cusp of a successful turnaround story and has lifted its price target to $25 per share from $15. It's currently trading at $19 and reports earnings on Oct. 30.

The turnaround is still in its early stages, but Newell Brands is a stock to watch.