Dividend stocks are great, and those that pay every month can hold quite an appeal for investors. Whether it's helping to pay some bills or allowing you to reinvest in your existing positions, it never hurts to have an added stream of cash flow coming in. Let's consider three stocks that pay their shareholders on a monthly basis and could be good options to add to your portfolio.

Pembina Pipeline (NYSE:PBA) currently pays its shareholders a dividend yield of just over 5% per year. While the Canadian company may offer some volatility for U.S. investors, given that its payouts are in Canadian dollars, it's still one of the better dividend stocks in the oil and gas industry. With rising profits over the years and Pembina generating 1.2 billion Canadian dollars worth of net income in 2018, the business hasn't been a cause of concern for investors -- at least not yet. With the situation in oil and gas unlikely to worsen, the stability could make Pembina a safer stock to invest in today.

Strong free cash flow during the year also came in at more than CA$1 billion, although that was still below the CA$1.2 billion paid out in 2018.  Even so, the company has been increasing its dividend payments. Five years ago, the stock was paying CA$0.145 every month; that figure is now up to CA$0.20. That's a 38% jump, averaging a compound annual growth rate of 6.6%. 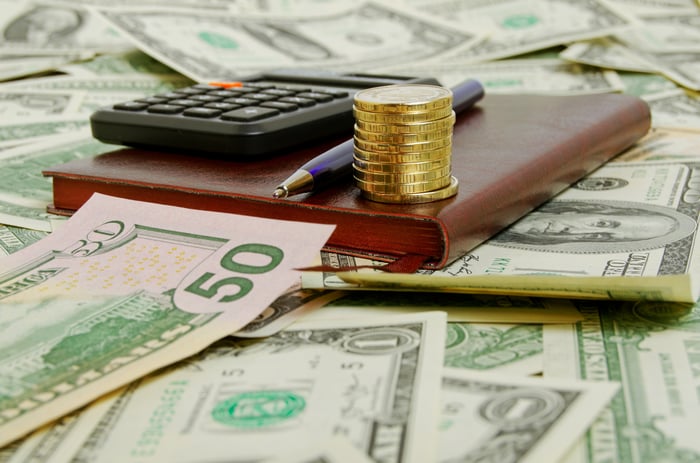 Apple Hospitality REIT (NYSE:APLE) operates in a much more stable industry, and its portfolio of 235 hotels gives investors a great opportunity to benefit from the tourism industry. With many upscale rooms in 34 states across the country, Apple Hospitality has a diverse cross-section of properties that includes big names like Hilton and Marriott. Even if the U.S. economy isn't doing well, Apple Hospitality could benefit from foreign tourists coming to visit some of these popular chains.

With revenue of $1.2 billion in each of the past couple of years, Apple Hospitality has provided investors with a lot of consistency. It has also seen a lot of profit growth as well, with net income of $117 million in 2015 soaring to $206 million in 2018.

The stock pays investors a dividend yield of 7.3%. Although the company isn't one that investors have come to expect dividend increases from, with that high of a yield, shareholders would probably be happy if it were to simply remain intact.

LTC Properties (NYSE:LTC) is another REIT that investors in search of cash flow can add to their portfolios. With a focus on healthcare -- in particular, senior living facilities providing long-term care, thus the name LTC -- LTC has a much safer mix of properties in its portfolio than Apple Hospitality. Unlike tourism, healthcare is much more of a necessity for consumers, and it isn't a discretionary expenditure.

That stability has been reflective in the company's financials, as over the past three years, LTC's revenue has been between $161 million and $169 million, not offering a lot of deviation from what's been generally a fairly tight range. That helps make its dividend yield of 4.5% that much stronger.

Like Pembina, LTC has increased its payouts over the years, although they haven't been nearly as significant. From monthly payments of $0.17 five years ago, they've grown to $0.19 today, for a much more modest increase of 12%, which comes in at a CAGR of just 2.2%.

However, with a solid yield and a payout ratio that's below 100%, LTC could be a great option for long-term investors.

Get paid to play

These are some solid dividend stocks. But for investors looking for a safe dividend, LTC might be the best choice today, as its yield looks to be the most sustainable and its business also looks very stable as well. Apple Hospitality and Pembina offer great payouts, but investors should to be willing to take on some risk with those investments, as they will require a closer eye given the industries those stocks are exposed to.