Please ensure Javascript is enabled for purposes of website accessibility
Log In Help Join The Motley Fool
Free Article Join Over 1 Million Premium Members And Get More In-Depth Stock Guidance and Research
By George Budwell - Oct 31, 2019 at 9:25AM

Even so, the biopharma's stellar Q3 numbers failed to excite investors. Acadia's shares, in fact, dipped by a modest 0.46% in after-hours trading yesterday immediately following this earnings release. Should investors change their tune toward Acadia's stock after this standout quarter, or is yesterday's muted reaction appropriate in light of the company's near-term outlook? Let's dig deeper to find out. 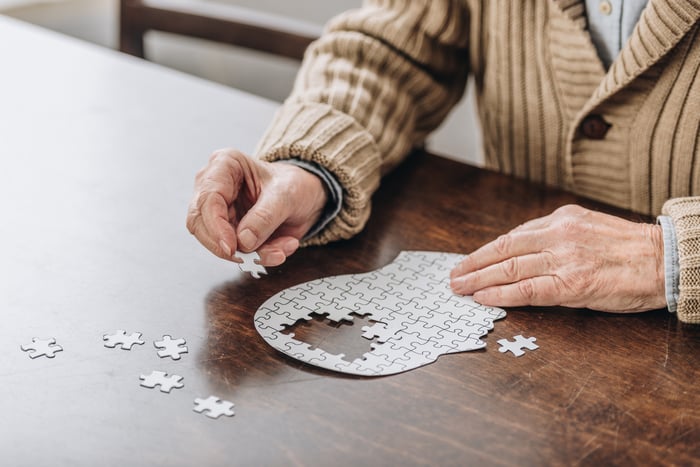 The high and low lights from Acadia's Q3 report

On the positive side of the ledger, there's now no doubt about the tremendous commercial potential in regards to the company's Parkinson's disease psychosis (PDP) medicine Nuplazid. Over the course of the third quarter, Nuplazid raked in an astounding $94.6 million, representing a 62% rise in sales compared to the same period a year ago. That's a stellar quarterly haul for a non-oncology or rare disease asset.

Next up, Acadia's management highlighted Nuplazid's recent late-stage hit as a potential treatment for dementia-related psychosis during yesterday's conference call. The most important development of note is the company's plan to sit down with the FDA in the first half of 2020 to discuss a regulatory pathway for Nuplazid in dementia-related psychosis. While estimates vary, most industry insiders think this second indication has the potential to push Nuplazid into blockbuster sales territory perhaps toward the middle of the next decade.

Another bright spot is Acadia's financial position. Thanks to a hefty capital raise, the company exited the third quarter with $683.8 million in cash and investments. That amount should be sufficient to see Acadia through its remaining years as a cash flow negative operation -- that is, assuming Nuplazid's supplemental new drug application (sNDA) for dementia-related psychosis goes smoothly.

On the flip side of the coin, Acadia's Q3 report did contain two sour notes. First off, the company is still losing tons of cash ($182.2 million during the first nine months of 2019), despite Nuplazid's strong commercial performance this year. While a good chunk of this cash burn can be directly attributed to the company's clinical activities, Acadia's exorbitant selling, general, and administrative expenses certainly haven't helped matters. In Q3, for example, the company reported a whopping $72.7 million in SG&A expenses.

Next up, there's the problem of Acadia's valuation. Although the company raised its annual revenue guidance to $330 million to $340 million in yesterday's earnings release -- up from the previous range of $320 million to $330 million, Acadia's shares are still trading at an astronomical 19.2 times its 2019 high-end revenue estimate.

Making matters worse, the company probably won't see a significant financial bump from Nuplazid's dementia-related psychosis indication for upwards of two full years. So under a best case scenario, this biopharma stock is probably trading at somewhere along the lines of 6.5 times 2024 revenue, which isn't exactly cheap for a mid-cap biopharma stock.

Is Acadia's stock a buy?

While Nuplazid's sales growth is definitely encouraging, the company's rather stretched valuation simply isn't attractive. The long and short of it is that investors are clearly betting that Acadia will attract a buyout offer soon. Unfortunately, there's no particularly good reason to believe that a suitor is waiting in the wings at this juncture.

To acquire Acadia at this point, a suitor would have to be willing to pay an enormous premium. And that's a highly unlikely development until Nuplazid has multiple approved indications under its belt. In other words, Acadia could take two to perhaps three more years to turn into a red-hot takeover target. Meanwhile, there's no guarantee the market will remain patient with the company's sky-high valuation.