The company is weathering the 737 MAX crisis relatively well.

Shares of Allegheny Technologies (ATI 3.53%) climbed nearly 10% on Thursday following the aerospace-component manufacturer's third-quarter earnings report. Investors had been bracing for the worst due to the continued grounding of Boeing's 737 MAX, but Allegheny seems to be managing well through the crisis.

Before markets opened Thursday, Allegheny reported adjusted earnings of $0.33 per share on revenue of $1.02 billion, just ahead of consensus estimates for $0.32 per share in earnings on sales of $1.01 billion. The company, a maker of parts made from titanium and other alloys, was led by its flat-rolled products division, while its high-performance materials segment showed some weakness. 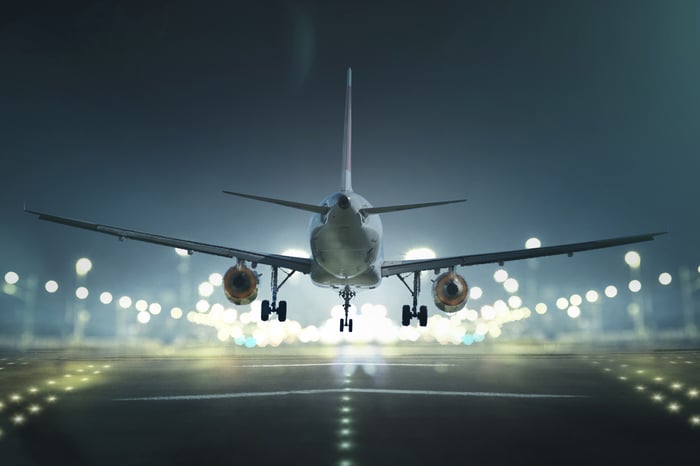 The company is a major supplier to the 737 MAX, which has been grounded since March after two fatal incidents. Allegheny and fellow aerospace and defense companies Spirit AeroSystems and Triumph Group have been the target of investor concerns that the MAX's issues could spill into Boeing's supply chain.

In a statement accompanying earnings, Allegheny said that backlogs for single-aisle programs including the MAX remain strong, but "uneven customer order patterns and inventory management actions are expected to continue to impact fourth quarter shipments." Those uneven orders, the company said, are eating into efficiency, but the impact is expected to be temporary.

Thursday's reaction appears to be a relief rally, with investors cheering that the company -- which had either missed estimates or guided down numerous times earlier in 2019 -- was still able to deliver on target despite the MAX's problems.

Even with Thursday's rally, shares of Allegheny are down more than 27% since March. The company seems unlikely to completely get out from under the cloud of worry surrounding the 737 MAX until Boeing's troubled jet is airborne again. But Allegheny has a portfolio of products that include well-selling products like the 737 and General Electric's LEAP engine, and should be well-positioned over the long run to benefit from continued demand for new aircraft.