Please ensure Javascript is enabled for purposes of website accessibility
Free Article Join Over 1 Million Premium Members And Get More In-Depth Stock Guidance and Research
By Rich Smith - Nov 1, 2019 at 10:49AM

Weak guidance detracts from a big earnings beat at the toy maker.

There's little joy for Funko ( FNKO -4.04% ) investors this morning as they watch stock in their favorite toy maker plummet 11.9% (as of 10:15 a.m. EDT) in response to what -- by any reasonable measure -- looked like a sizable earnings beat last night.

Heading into earnings, Wall Street had predicted Funko would report pro forma profits of $0.32 per share on sales of $220.4 million. In actual fact, when the earnings came out they were much better than that -- $0.38 per share earned on sales of $223.3 million. 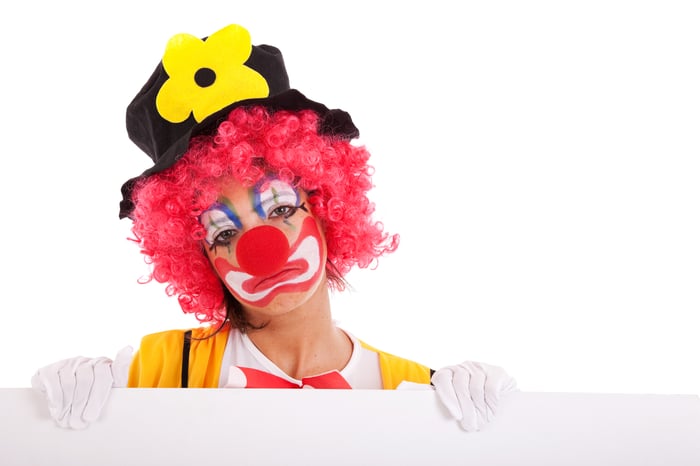 Sales for the fiscal third quarter of 2019 increased 26% year over year, and profits calculated according to generally accepted accounting principles (GAAP), albeit not as strong as pro forma profits, were still robust: $0.25 per share, quadruple what Funko had earned in the year-ago quarter.

So what are investors so upset about? In a word: guidance.

After reporting "another quarter of strong growth and financial performance" (in the words of CEO Brian Mariotti), Funko proceeded to update investors on its outlook for the rest of this year, predicting that full-year sales will end up ranging from $840 million to $850 million.

Taken at the midpoint ($845 million), that works out to a very respectable 23% growth rate. Problem is, it's slower than the growth Funko just reported in Q3 -- and also slower than the 24% growth that Wall Street was looking for.

Worse, Funko said its adjusted profits for the year will be no more than $1.22 per share and perhaps as little as $1.15. Considering that Wall Street was looking for $1.24, that's probably going to be another miss for Funko -- and a big letdown after the "beat" Funko delivered last night.