Mattel (NASDAQ:MAT) is suddenly looking like the stronger of the two big toymakers, after reporting earnings that beat analyst expectations for sales and profit. In contrast, Hasbro (NASDAQ:HAS) missed projections on both the top and bottom lines last week.

The factor affecting both toymakers was tariffs, but where Hasbro said the import duties thwarted its efforts to control rising costs, Mattel contended that tariffs were barely an inconvenience and powered forward. Since Mattel was supposed to feel the same constraints as its rival, let's see why it was able to circumvent the headwind that took Hasbro down. 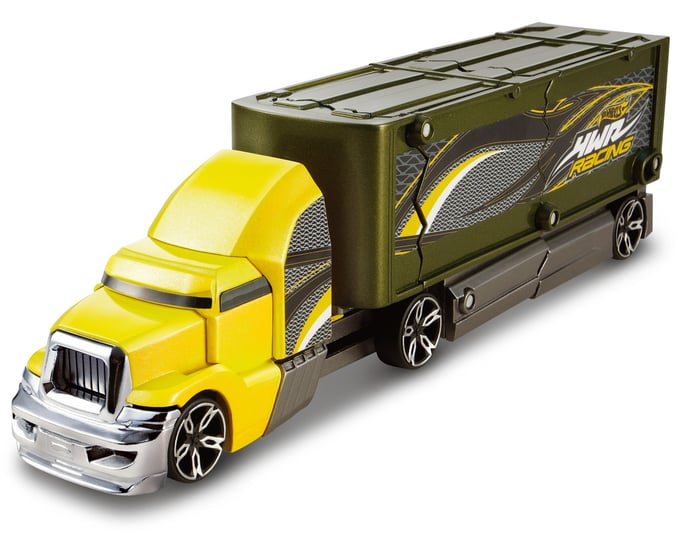 The owner of Barbie and Hot Wheels said revenue rose 4% in currency-adjusted dollars to $1.48 billion. This was despite the continued drag from its infant, toddler, and preschool segment, which saw sales fall 10% primarily because of the Fisher-Price brand. Fisher-Price accounts for most of the unit's sales, due to Mattel's continued efforts at rightsizing the brand's third-party licensing agreements, and a big product recall that occurred earlier this year.

Sales of the Thomas & Friends brand also fell in the quarter, but that line is being repositioned for growth to coincide with its 75th anniversary in 2020.

However, those numbers were more than made up for by Barbie, who continued to flex her muscle by growing sales 12% worldwide in the quarter, to almost $413 million. The iconic doll, now in her 60th year, isn't showing her age at all. Barbie is Mattel's biggest property by far; its performance in the third quarter allowed Mattel to post its eighth consecutive quarter of year-over-year growth in the dolls segment, seven of which have been at double-digit rates.

That performance helped lift the entire dolls category 7% this quarter, even as the American Girl brand remains caught in a downward spiral -- sales tumbled 14% year over year. Yet despite American Girl hemorrhaging sales, its rate of decline is actually much better than in the first six months of the year, when sales plunged 28% from 2018.

The best performer by a mile was Mattel's Hot Wheels brand, which saw sales soar 27% from last year, pushing the vehicles segment up 15% in the quarter; it's now on pace to set sales records this year. The brand was able to shoot up because Mattel expanded it beyond cars, which have always been popular, into trucks, and these might turn into must-have toys now, too.

Mattel also had several other strong-performing stars this quarter. Action figures continue to benefit from Toy Story 4, which was released in June and went on to make over $1 billion at the box office worldwide.

Yet the broad-based gains the toymaker enjoyed this quarter stand in stark contrast to the fortunes of rival Hasbro, which seemed to struggle at every turn. Hasbro's gaming segment suffered a 17% drop in sales, and important properties like My Little Pony, Nerf, and Play-Doh all dropped lower. Hasbro blamed the uncertainty surrounding tariff hikes, which made its retail partners cautious about when to buy product.

Trade winds are at Mattel's back

Tariffs didn't seem to affect Mattel at all, and CEO Ynon Kreiz told analysts that because the toymaker worked closely with its retail partners all year, "Tariffs have had a de minimis impact on our results and are not expected to have a material impact for the rest of this year."

He noted that less than two-thirds of the toys that Mattel sells in the U.S. are sourced from China, versus 85% for the toy industry as a whole. For reference, Hasbro sources 67% of its toys from China.

Mattel's turnaround under Kreiz, who took over the company in April 2018, seems to be firmly established. While it probably has a ways to go yet before it can be truly said to be the better of the Big Two toymakers, its third-quarter earnings report shows its stock may be a good value as it takes another firm step in the right direction.