Please ensure Javascript is enabled for purposes of website accessibility
Free Article Join Over 1 Million Premium Members And Get More In-Depth Stock Guidance and Research
By Rich Duprey - Oct 23, 2019 at 11:45AM

The toymaker was hit by rising shipping and warehousing costs brought on by tariff confusion.

After several strong quarterly earnings reports, Hasbro ( HAS 2.19% ) stumbled badly in the third quarter as tariffs escalated costs for the toymaker, causing it to miss on both revenue and profit forecasts.

While Hasbro's stock took a big hit in early trading, tumbling almost 15% on the news, there's hope the trade war will come to an end soon. There are also some potentially big movies hitting the screen in the fourth quarter, so investors should have something to look forward to. 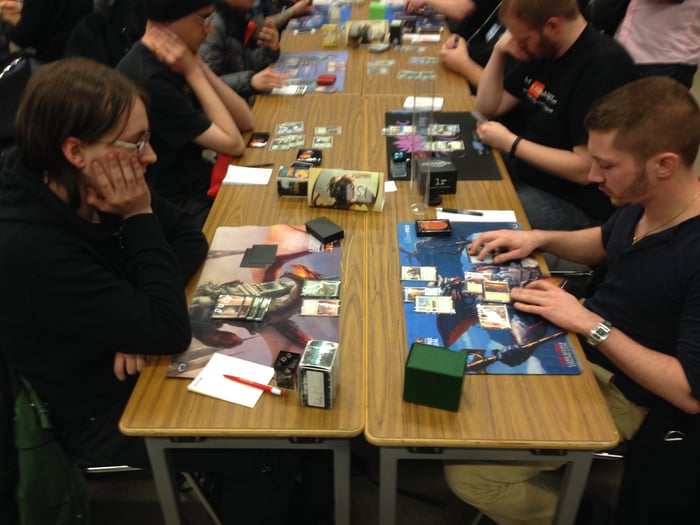 The threat that never came

The toymaker said revenues rose to $1.58 billion for the period, which when adjusted for currency fluctuations, came in 2% higher than the year-ago period. Net income, though, fell to $212.9 million, or 19%, equating to earnings of $1.67 per share. Even after adjusting for one-time factors, profits were only $1.84 per share -- below last-year's $1.93 per share and badly missing Wall Street's estimates of $2.06 per share.

Hasbro said the culprit was tariffs that were never actually imposed. The duties were scheduled to go into effect on Sept. 1, but President Trump delayed their imposition the month before due to fear it would wreak havoc with the Christmas shopping season.

The possibility of the implementation of higher tariffs, though, caused higher shipping and warehousing costs. CEO Brian Goldner said in a statement, "The threat and enactment of tariffs reduced revenues in the third quarter and increased expenses to deliver product to retail."

Hasbro also suffered because of slack demand in some of its key gaming and product categories. As kids continue to play more online and digital games, they're abandoning more traditional forms of entertainment.

Gaming segment revenue plunged 17% to $232 million and is down 11% for the year so far. Despite growth in classic games like Dungeons & Dragons, it was more than offset in other titles including Pie Face, which was first introduced in 2015 and became a big hit, but began tailing off in late 2017. It continues to wither away today.

Magic: The Gathering, which is one of Hasbro's key franchise brands, along with Transformers and Monopoly, also continued to perform well during the period, as the transformation of Magic into a digital property has elevated the brand to new heights. But those titles were unable to stop the slide caused by every other brand, including My Little Pony, Nerf, and Play-Doh.

In particular, the faltering performance of Nerf was a bit of a surprise because it's been doing well lately and recently rolled out product tied to the online gaming sensation Fortnite. Nerf products were hitting international markets, too, so its sudden reversal is worrisome.

Better on the big screen

The bright spot this quarter was Hasbro's partner brands, such as Disney's ( DIS 1.54% ) powerhouse franchises Marvel, Star Wars, and Frozen. Earnings results earlier this year had been powered by Avengers: End Game, and it seems there was residual carryover this quarter.

Star Wars is also prepping for the last of the Skywalker movies to be released toward the end of the year, as well as Frozen 2, and Hasbro has already begun shipping product to retailers. Star Wars is largely an evergreen brand, but there's also a lot of anticipation building around the final ninth installment in the saga.

Yet the 40% increase in revenue that the segment enjoyed, which lifted the total to $427 million, was barely enough to keep the toymaker moving in the right direction. It was helped only marginally by Hasbro's emerging brands, such as Power Rangers, Playskool, and Mr. Potato Head, which saw revenue rise 1% to $136 million.

Approaching the fourth quarter with trepidation

There's still uncertainty facing Hasbro as the delayed tariffs are scheduled to be implemented just before Christmas unless a truce can be negotiated between the U.S. and China. That means the rough quarter the toymaker just endured could likely be repeated again next time around.

The best hope it has is the robust lineup of Disney movies slated to be released in the fourth quarter, which could be enough of a draw ahead of the holidays to bring out the kids in droves and herd them into the toy stores.