It's the heat of earnings season. Last week was filled with reports from high-flying tech companies. But three updates, in particular, are worth calling out.

Here's a closer look at these three companies' quarterly results. 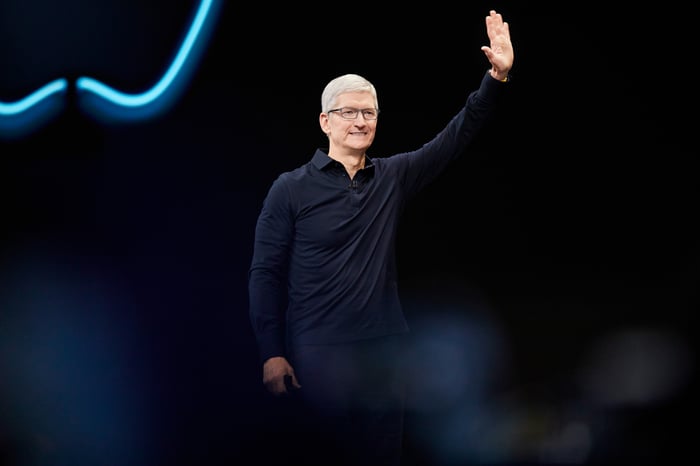 On a reported basis, Facebook's revenue growth has accelerated for two quarters in a row. Revenue was up 29% year over year in Q3, compared to 26% and 28% growth in the first and second quarters of 2019, respectively,

The company's strong revenue growth comes as daily active user growth saw an uptick in Q3. Facebook's daily active users rose 9% year over year -- an acceleration from 8% growth in both Q1 and Q2 of 2019. This strong growth, Facebook CFO Dave Wehner said in the company's third-quarter earnings call, was driven by strength in India, Indonesia, and the Philippines.

Both Apple's top- and bottom-line metrics for the company's fiscal fourth quarter beat analyst expectations. Key to the quarter's performance was an 18% year-over-year increase in the company's services segment and a wild 54% increase in "wearables, home, and accessories" revenue.

As Apple CEO Tim Cook noted in the company's earnings call, the segment benefited from "explosive growth" in wearables, or sales of its Apple Watch, AirPods, and Beats earphones. "We generated well over 50% revenue growth from Wearables," said Cook during the call.

E-commerce platform specialist Shopify continued to win new customers as merchants using its platform surpassed one million and as gross merchandise volume on its platform jumped 48% year over year. In total, Shopify's revenue increased 45% year over year to $390.6 million, coming in above management's guidance range for the period.

Key to the quarter's strong growth was Shopify's ongoing international expansion and rapid adoption of Shopify Plus -- the company's e-commerce platform for high-volume merchants.