There was a lot at stake as PayPal (NASDAQ:PYPL) was set to release its third-quarter earnings report last week. The company's stock had been on a downward spiral since early July, probably due to macroeconomic factors and an increasingly competitive landscape.

Given this performance, it isn't surprising that PayPal's stock has been rallying since the company released its earnings report. Beyond PayPal's raw financial metrics, however, there are good reasons to think the tech giant will remain one of the leaders in its market for a long time.

Let's consider three important moves PayPal recently made to put itself on a path toward dominance for many years to come. 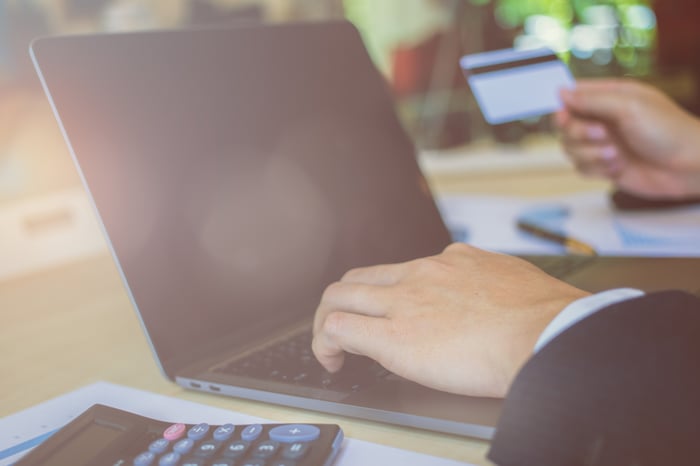 Earlier this year, PayPal entered into a strategic partnership with Uber (NYSE:UBER) through its P2P payment app Venmo. This move made a lot of sense: Uber is not only one of the leading ridesharing services providers, but also owns other platforms, including the popular food ordering service UberEats. It makes sense for Uber to have a mobile payment-services provider to facilitate some of the financial transactions on its platforms -- which includes giving clients the option to split bills with friends. Meanwhile, PayPal's Venmo can benefit from the tremendous traffic these platforms generate.

PayPal made a strategic investment in MercadoLibre (NASDAQ:MELI) -- the leading e-commerce provider in Latin America -- back in March. The California-based company invested $750 million to help MercadoLibre raise $1.85 billion in a secondary common stock offering. However, the equity PayPal acquired from this transaction is not the biggest headline.

There's a lot of room for PayPal and MercadoLibre to partner in ways that could be beneficial to both parties. As the CEO of PayPal Dan Schulman said: "We see great opportunities to integrate our respective capabilities to create unique and valuable payment experiences for our combined 500 million customers throughout the region and around the world."

3. Breaking into a lucrative market

Perhaps the biggest move PayPal made recently was to enter the Chinese market. The company acquired a 70% stake in Guofubao Information Technology Co. -- also known as GoPay -- a payment services provider in China. The financial details of the transaction were not disclosed.

With this move, PayPal became the first foreign company to offer such services in China. Although the tech company will face competition from domestic payment-services providers, this represents an important opportunity for PayPal. China is one of the world leaders in mobile payments and its e-commerce industry is growing rapidly, as well.

The payment-services industry will continue on its upward trajectory. As the switch from physical forms of currency toward mobile payments intensifies, PayPal, through its current position in the market and its numerous partnerships with other companies (including but not limited to the ones mentioned above), is well-positioned to profit from this opportunity. For that reason, PayPal looks like an attractive buy right now.