Shares of offshore oil rig company Valaris plc (OTC:VAL) are up 17.1% as of 11 a.m. EST today. Even though Valaris, the new name for the now merged Ensco plc and Rowan Companies, has been a rather volatile stock in general, today's move comes after beating expectations and booking additional contracts for its rigs.

The offshore drilling business has been an absolute mess over the past half-decade. Long gone are the days where the only place left to find oil is offshore, so exploration & production companies are spending much less on offshore exploration. As a result, they are leasing equipment from Valaris and its peers, which shows in this stock chart. 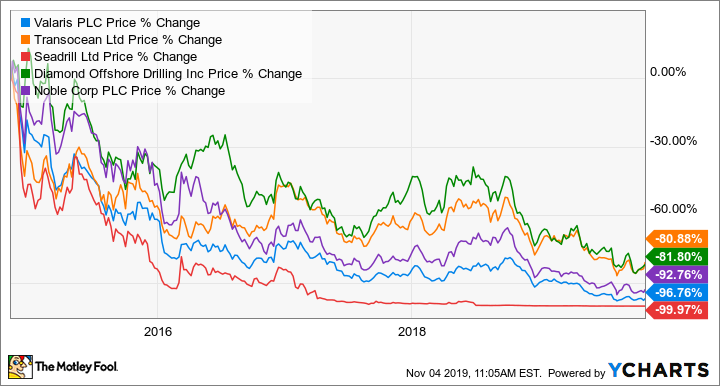 For the third quarter of 2019, Valaris was able to give the slightest glimmer of hope by beating analyst earnings expectations. The company reported a third-quarter adjusted loss of $1.27 per share. Conversely, analysts were expecting an adjusted loss closer to $1.46 per share.

The one other silver lining in this report was that management announced it had added $415 million in contracted revenue to its backlog in the prior quarter. Adding backlog means that it will be able to keep some of its rigs working and generating some revenue. Even though the rates at which rigs are getting contracted aren't great right now, some additional revenue is better than leaving rigs stacked in a port incurring costs. 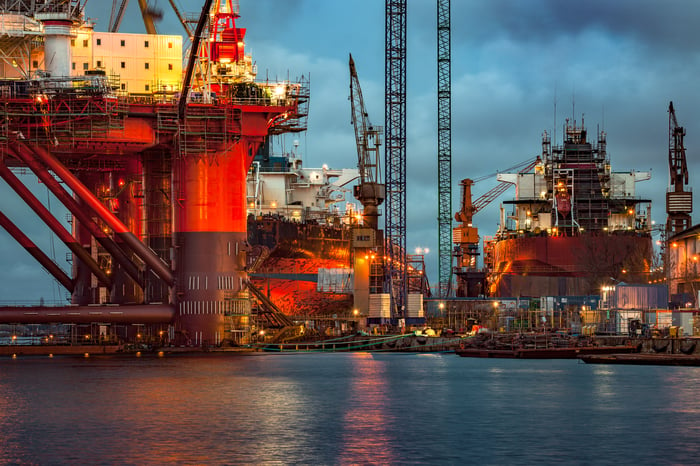 Valaris is a company that is emblematic of the offshore rig industry lately. It has done just about everything it can to survive the downturn. It has scrapped older rigs that aren't likely going to get a new contract, it has made several mergers and acquisitions to bulk up and consolidate the industry, and has been preserving cash as much as possible to keep the lights on until the industry picks back up again.

Despite these efforts, the turnaround for this industry hasn't come, and it still doesn't look like a significant recovery is on the near-term horizon. Valaris may have beat earnings expectations today, but that was a pretty low hurdle to jump. Maybe a turnaround is coming sooner than later, and getting a piece of an offshore rig company now could result in major returns when the market finally turns. How long that takes is anyone's guess, and there are no guarantees that all offshore rig companies will remain solvent until that turnaround comes.