Buckle up, telecom investors. Investing in this industry is about to get a whole lot more interesting.

According to a new note just out on StreetInsider.com, investment banker Nomura Instinet is cutting its rating on U.S. telecom giant Verizon Communications (NYSE:VZ), downgrading the stock from buy to neutral and assigning a new price target of $65.

The reason: Price wars are back in the telecom industry, and while it's not yet certain who will be the winner, Nomura sees a risk that Verizon, at least, could be a loser for investors. 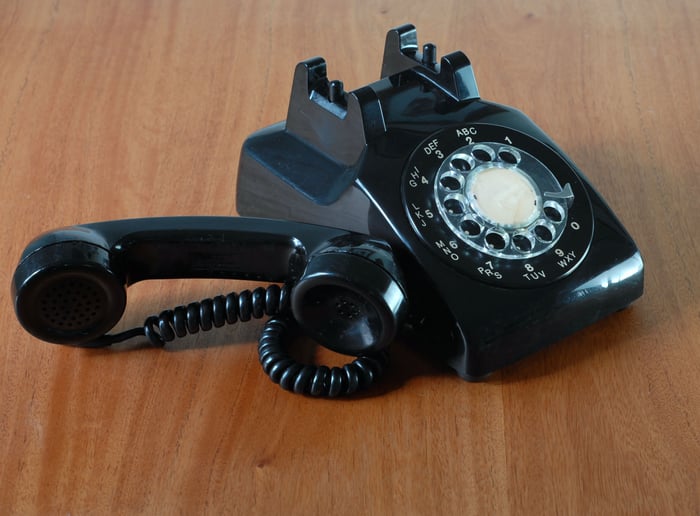 In August, Verizon rolled out four new pricing plans offering consumers unlimited wireless data for rates ranging from $70 to $90 a month -- or $140 to $210 a month for a family plan of four lines, which is an even better deal per line -- aiming to steal customers from its rivals before lucrative 5G service contracts become widely available.

In response, last week, Verizon rival AT&T (NYSE:T) cut prices on its own unlimited data contracts. (T-Mobile (NASDAQ:TMUS) stood pat -- its prices were already competitive.) As of today, an AT&T unlimited phone plan will set you back as little as $65 to $85 for a single line, or $140 to $200 for a four-line plan.

To round out the picture, T-Mobile's plans, which have not changed in pricing aside from the introduction of discounted rates for customers age 55 and over, cost between $60 and $85 for one line, or $120 to $170 for four lines.

What it means for consumers

As you can see, this leaves T-Mobile still offering the cheapest plan for single line users -- and the cheapest prices on multiline plans as well.

Of course, T-Mobile has made a habit of undercutting AT&T and Verizon on price, so that should come as no surprise. What's of more importance to Verizon investors today is the fact that after AT&T's price cut, Verizon is no longer the cheaper of the two best-known wireless providers. AT&T is now $5 cheaper per month than Verizon -- or $10 cheaper on a family plan.

And these prices could go even lower.

Forget about the ever-present threat from T-Mobile. Now, Verizon investors need to worry that their company will feel compelled to match -- or beat -- AT&T on prices all over again. Should this happen, what began as a mere skirmish between telecom majors could turn into a full-blown price war (and one that could eventually suck T-Mobile in as well, if prices go low enough).

Indeed, in today's downgrade of Verizon stock, Nomura argues that a response by T-Mobile is already "likely" now that competitors' rates are beginning to knock on its door. If T-Mobile rates go low enough, this could blunt any gains in customer acquisition Verizon got from its initial rate cut -- as if AT&T's move wasn't already likely to do that.

The risk of this happening, says Nomura, reduces its confidence in "Verizon's near-term growth trajectory," and could even imperil the company's ability to grow by charging higher prices for 5G service once it arrives. So what does this mean for investors in Verizon stock?

Well, consider: At 15.5 times trailing earnings, Verizon shares are currently the cheapest of the three big telecom firms. AT&T's stock costs 17.5 times trailing earnings, and T-Mobile sells for 20.8 times. Verizon's lower price tag helps to make its shares more attractive to value investors than AT&T's, for example, despite the fact that with a dividend yield of only 4.1%, Verizon is a bit less generous than its archrival, which pays 5.3%.

(Stingy, growth-focused T-Mobile pays no dividend at all.)

Of course, part of the reason investors are paying less for Verizon stock right now is because at just 3% projected long-term earnings growth, it's viewed as a slower grower than AT&T (4.5% growth) or T-Mobile (expected to grow at a whopping 16% annual rate, according to analysts polled by S&P Global Market Intelligence).

Take away even a single percentage point of Verizon's expected growth rate, however -- which a full-blown price war could certainly do -- and what have you got? All of a sudden, Verizon's growing at just half the speed of AT&T, and a tiny fraction of T-Mobile's projected growth rate. That's almost sure to diminish the stock's attractiveness to investors, especially given the already evident imbalance in dividend payouts between Verizon and AT&T.

In fact, with a low growth rate and an inferior dividend yield (again, relative to AT&T), I wouldn't even be terribly surprised to see Verizon's stock decline.

Long story short: Nomura is right to downgrade it.