Shares of Varonis Systems (NASDAQ:VRNS) gained 19.7% in October, according to data from S&P Global Market Intelligence. The stock bounced back from a 12.5% decline in September, posting small gains in conjunction with market momentum and then seeing a more pronounced jump at the end of the month following the release of the company's third-quarter results. 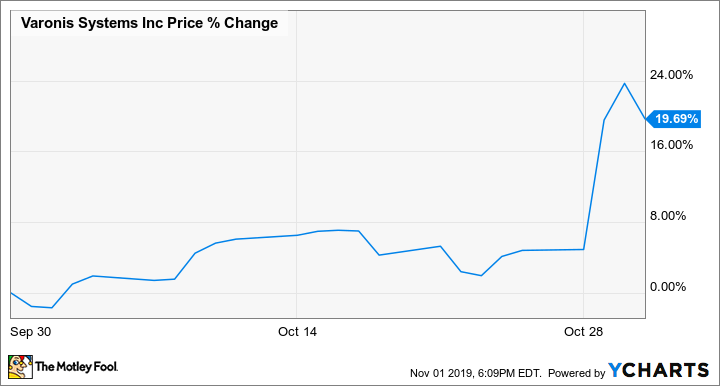 The security-software specialist published third-quarter earnings after the market closed on Oct. 28 and delivered results that topped the market's expectations. The company's losses for the period came in at $0.56 per share, topping the average analyst estimate's target for a per-share loss of $0.74. Sales for the period also beat expectations, coming in at $65.6 million, while the average analyst target had called for revenue of roughly $61.6 million. 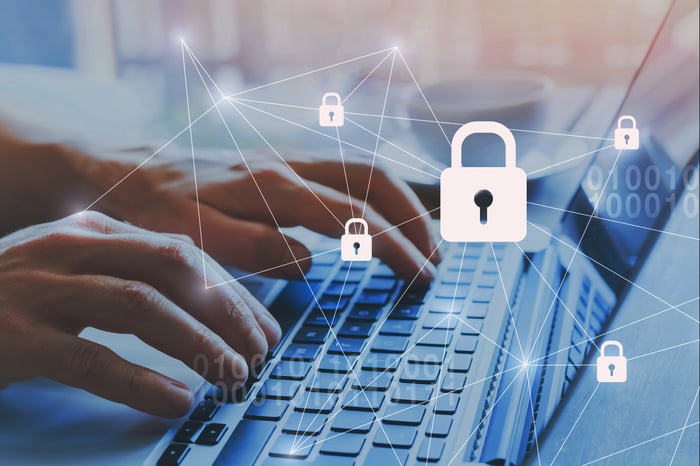 Varonis Systems stock posted roughly 14% gains in the day of trading following its earnings release. Sales for the quarter ending in September actually declined from the $67.1 million in revenue that the company posted in the third quarter of 2018, but the drop was primarily due to the transition to a subscription-focused business model.

The company is valued at roughly 8.5 times this year's expected sales.