HEXO (NASDAQ:HEXO) stunned investors in early October with preliminary fiscal Q4 2019 results that were far lower than expected. The Canadian cannabis producer announced the actual Q4 results last week. And those results were as bad as the preliminary update indicated.

Not surprisingly, HEXO's Q4 conference call wasn't exactly an upbeat discussion. The company's management team tried to put the best spin on HEXO's situation, while several times admitting mistakes they'd made along the way. But when all was said and done, there were still three huge questions that HEXO hasn't answered. 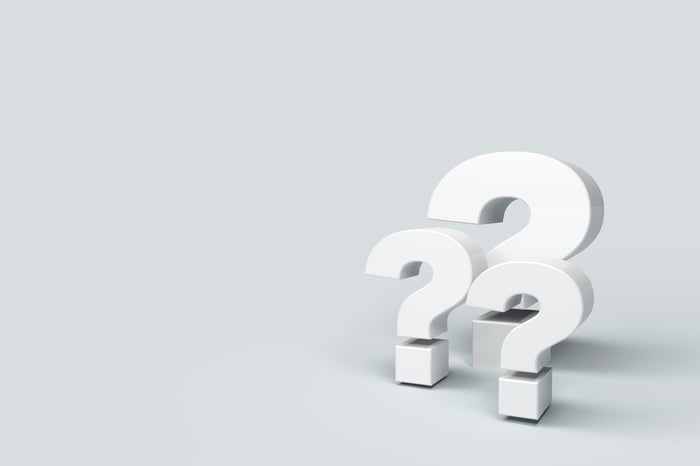 HEXO's new chief financial officer, Steve Burwash, stated on the Q4 call that the company anticipates achieving positive adjusted EBITDA (earnings before interest, taxes, depreciation, and amortization) by calendar year 2020. CEO Sebastien St-Louis reiterated that HEXO "can get to positive EBITDA by calendar 2020." But exactly how the company will hit that goal isn't clear.

Sure, HEXO said in its Q4 press release that its outlook for positive adjusted EBITDA "is based on certain assumptions made by management regarding store counts in the various provinces as well as operational improvements and cost saving initiatives the company is seeking to implement." When asked about the projected store counts, St-Louis answered that HEXO projects 43 cannabis retail stores in Quebec by March, and more than 700 stores throughout Canada within the next 12 months. However, HEXO didn't provide many other details about how it plans to get to positive adjusted EBITDA.

One significant problem for investors, in believing the company's outlook, is that HEXO didn't even provide an adjusted EBITDA figure in its fourth-quarter update. Analysts are basically having to make calculated guesses as to how the company is doing. One thing is for sure, though: HEXO went in the wrong direction in Q4.

St-Louis stated that "the non-negotiable is we have to be profitable in Canada." He said that to achieve that profitability, HEXO must be one of the top two players in the country, with a market share of 20%.

How will HEXO vault to become one of the top two cannabis producers in Canada and capture one-fifth of the total cannabis market? When pressed on the question, St-Louis responded that HEXO first has to hold onto its 33% market share in Quebec; that's the relatively easy part. Next, the company must significantly increase its share of the Ontario and Alberta markets. HEXO's strategy to build its share in those big provinces appears to be simply to win as other rivals, especially smaller cannabis producers, fail.

There are three key problems with this strategy. First, it relies on competitors stumbling so badly that they lose market share; that could happen, but it's certainly not guaranteed. Second, HEXO might not be the prime beneficiary even if other rivals falter. Third, HEXO has a long way to go to get to a national market share of 20%. Bank of America Merrill Lynch analyst Chris Carey estimates that HEXO's Canadian market share "is trending more in the high single-digit range if not mid-single-digit range right now."

3. Where are the new big partners?

During HEXO's quarterly conference call in June, St-Louis talked a lot about how the company would line up additional Fortune 500 partners; at the time, he said HEXO was "talking to over 60 of them right now." He indicated that the company would likely land one major partnership by the end of 2019, with another deal potentially on the way next year.

The obvious question, though, is: Where are these new big partners? No names have been mentioned. HEXO hasn't provided any details on how discussions are progressing.

While these are the three biggest unanswered questions for HEXO, there are definitely more questions for the company. For example, St-Louis stated that the company has enough cash to fund operations for the next 12 months. Based on its current rate of cash burn, that won't happen. Granted, HEXO has slashed staff and cut expenses in other areas, but there's some uncertainty about how long it will really be able to stretch out its cash.

Marijuana stocks overall have taken a beating for much of 2019, because companies have publicly committed to achieving more than they could actually deliver. HEXO is one of the biggest offenders in the "overpromise and underdeliver" group.

If the company can give credible answers about how it will achieve positive EBITDA, gain a 20% market share in Canada, and land one or more additional Fortune 500 partners, HEXO might again become a stock for investors to consider. In the meantime, my view is that there are too many unanswered questions.