It's shaping up to be a big month for the BAT stocks.

Just as the FAANG stocks are closely watched by American investors because of their large market caps, industry-shaping products, and ability to influence broader market sentiment, U.S. investors in Chinese companies tend to pay close attention to the BAT stocks -- a triumvirate of tech leaders consisting of Baidu ( BIDU -0.67% ), Alibaba.com ( BABA -3.95% ), and Tencent Holdings ( TCEHY 1.33% ).

Between a trio of earnings reports and some crucial, performance-shaping events, November is going to be an important month for the BAT stocks, and news from these companies will likely have impacts that are felt across China's technology and e-commerce industries. 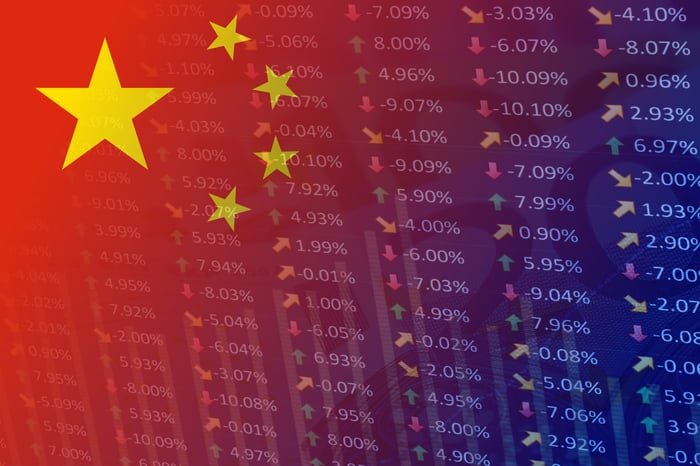 Baidu is scheduled to report third-quarter earnings after the market closes on Nov. 6, and investors will be watching to see if there are signs of the business emerging from its recent slump. The company's share price has plummeted roughly 44% over the last year as its advertising business has deteriorated, technology and content costs have risen, and competitors have gained ground. The formerly high-flying search leader's earnings have been crushed by tightening advertising standards and declines in advertiser spending due to China's slowing economic growth and concerns about the impact of trade disputes with the U.S.

Baidu's earnings results and guidance could provide investors with some insight into overall sentiment in China's online advertising market and whether the announcement of a preliminary "phase one" trade deal with the U.S. is generating any increase in ad buys -- or if businesses are still on the sidelines. Investors will also be watching the performance of the company's streaming video subsidiary, iQiyi ( IQ -9.46% ), which is also due to report earnings on the same day as its parent company.

With Baidu's ad-based search business lagging, the company has leaned on its video offshoot to drive sales growth. However, the spinoff business has been posting big losses due to content production and technology costs, and growth is slowing due to big declines for its advertising-based business. iQiyi projects that third-quarter sales will grow somewhere between 4% and 10% year over year -- a dramatic deceleration when placed in the context of the business's 52% annual sales growth in 2018. The video unit will likely post another period of big losses and drag on Baidu's bottom line, but investors could overlook this if iQiyi manages to continue posting substantial paid-subscriber growth.

Baidu is guiding for sales to come in somewhere between 5% lower and 1% higher than the prior-year period -- or between 1% lower and 5% higher if businesses that it has recently divested from are excluded. CNN Business's compilation of analyst targets has the average analyst estimate calling for sales of RMB 27.6 billion (roughly $3.94 billion) and earnings per share of RMB 8.21 (roughly $1.17).

Alibaba reported third-quarter earnings on Nov. 1, beating top-and-bottom line expectations, and the stock has climbed roughly 2% following the release. Sales for the e-commerce leader's retail business climbed an impressive 40% year over year in the September quarter, which bodes well for the health of China's overall online-retail industry. Investors won't have to wait long for another important performance marker from the company.

American shoppers are probably familiar with shopping holidays like Black Friday and Cyber Monday, but there's actually an even bigger day for the retail world. China's Singles Day takes place on Nov. 11 each year, and what started out as a day for single people to treat themselves and others and celebrate not being in relationships has turned into a shopping bonanza that's closely monitored as an indicator of consumer sentiment and e-commerce growth. Alibaba played a huge role in turning the holiday into a retail phenomenon, and research firm McKinsey estimates that the company captured roughly 68% of the $45 billion in total Singles Day spending in 2018.

The company set a new worldwide record for one-day retail sales last year, tallying over $30.8 billion in spending through its channels. However, the company's 27% year-over-year spending growth did mark a substantial deceleration from the 39% year-over-year sales growth it posted on Singles Day 2017 and raised concerns among some investors and analysts.

Alibaba's reporting on Singles Day sales could have ripple effects throughout China's e-commerce market and have a substantial impact on the valuation of smaller companies that do business through its platforms. Market watchers can expect sales data from the company shortly after the holiday draws to a close.

Despite its stock sliding roughly 15% over the last six months, Tencent remains one of China's largest technology companies and has a market capitalization of roughly $400 billion. The massive conglomerate has businesses across the digital content, cloud services, online advertising, and fintech spaces, and its third-quarter earnings release on Nov. 13 will be put under the microscope by investors looking to see how the company is performing and chart new data points for the product and service categories in which it operates. The company's Tencent Music Entertainment Group subsidiary is also scheduled to report earnings on Nov. 11.

The suspension of game approval licenses, government efforts to limit children's gaming time, and bans on certain titles have depressed growth for Tencent's core gaming business over the last year. However, approvals have gradually resumed, and the company has found workarounds to get some key titles back on the market -- such as retooling some of the content in its popular battle royale title Player Unknown's Battlegrounds to meet the country's patriotic content standards and rebranding it as Game for Peace. During the company's second-quarter earnings call, chief strategy officer James Mitchell stated that he expected initiatives to reinvigorate its mobile games would start to pay off in the third quarter.

As with Baidu, investors may look to performance for Tencent's social-media-driven advertising segment for indicators about the health of China's overall ad market and how businesses are feeling about the country's economic outlook. Tencent's online advertising business managed to grow 16% year over year in the second quarter despite a big drawdown for China's broader advertising market, but this was down substantially from 47% year over year in the second quarter of 2018.

Investors will also be watching the company's fintech unit, which revolves around payment and insurance services. The business has become its second-biggest segment and grew 37% year over year in the second quarter -- helping to offset weaker growth for the advertising and gaming businesses.

Tencent hasn't provided sales or earnings guidance for the third quarter, but CNN Business's compiling suggests that the average analyst estimate is targeting earnings per share of $0.35 on $14 billion in sales. Hitting those targets would mean earnings coming in flat compared to the prior-year quarter and revenue growth of roughly 19.5%.