The drugmaker beat Wall Street estimates, but didn't give investors much to get excited about.

Some pharmaceutical stocks might be struggling somewhat in 2019, but not Allergan ( AGN ). Its shares are up more than 30% so far this year, with a big boost coming from AbbVie's decision to acquire Allergan.

Allergan announced its third-quarter results before the market opened on Tuesday. While those results didn't weigh heavily on the stock, they didn't generate tremendous enthusiasm, either. Here are the highlights from Allergan's Q3 update. 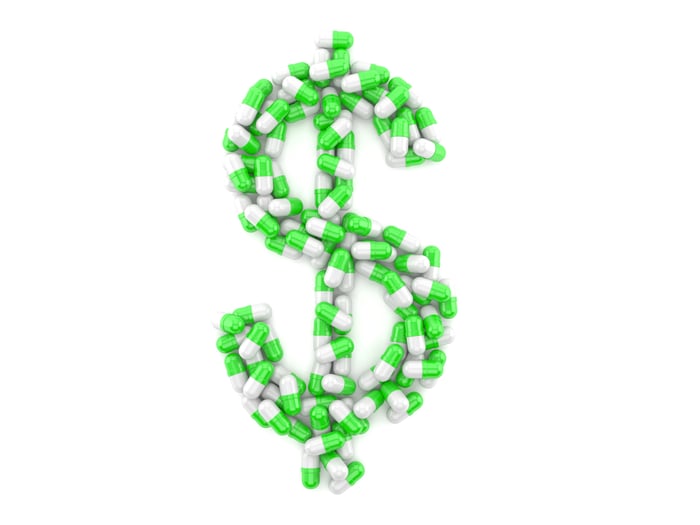 Allergan reported revenue of $4.05 billion, up 3.6% year over year. This result beat the average analysts' revenue estimate of $3.88 billion.

The company announced a net loss in the third quarter of $786.8 million, or $2.40 per share, based on generally accepted accounting principles (GAAP). This reflected deterioration from the GAAP net loss of $37.9 million, or $0.11 per share, in the prior-year period.

One of the best things for Allergan in the third quarter was the continued strength of its top-selling drug, Botox. Sales for Botox rose nearly 6% year over year to $928.7 million. Botox performed especially well in the cosmetics market, with sales jumping 10% to $237.6 million.

Allergan's fastest-rising star, though, was Vraylar. Sales for the antipsychotic drug soared 70% year over year to $234.6 million. Sales for Lo Loestrin also jumped 14% higher to $161.4 million.

The company continued to experience modest sales growth for Juvederm, Linzess, and Bystolic. On a negative note, though, several of Allergan's top drugs didn't perform as well. In particular, sales for Restasis and Lumigan fell from the prior-year period by 5% and 9%, respectively.

Approval by the Food and Drug Administration for migraine drug ubrogepant could be on the way in December, with a launch of the product in the first half of 2020, pending approval. Allergan plans to launch its CoolTone body-contouring device by the end of this year. In addition, the company looks for an FDA approval decision for its bimatoprost sustained-release implant, for reducing intraocular pressure in patients with glaucoma or ocular hypertension, in the first half of next year.

The most important thing for investors to look forward to is the anticipated closing of the acquisition of Allergan by AbbVie. Allergan shareholders voted to approve the deal on Oct. 14. The companies anticipate the acquisition will close in early 2020.