The Bermuda-based bank held up better than expected in a falling interest rate environment.

Shares of Bank of N.T. Butterfield & Son ( NTB -3.42% ) gained 11.2% in October, according to data provided by S&P Global Market Intelligence, after the offshore banking specialist reported third-quarter results. Analysts had worried that lower interest rates would weigh on results, but the latest quarter showed the company is so far holding up well.

Butterfield, which is based in Bermuda and has operations in the Cayman Islands and the Channel Islands, is a 160-year-old financial institution catering to the affluent. The company, like many bank stocks, is exposed to changes in interest rates, and heading into earnings season Butterfield had been downgraded by a number of analysts worried that the U.S. Federal Reserve lowering rates would eat into profits. 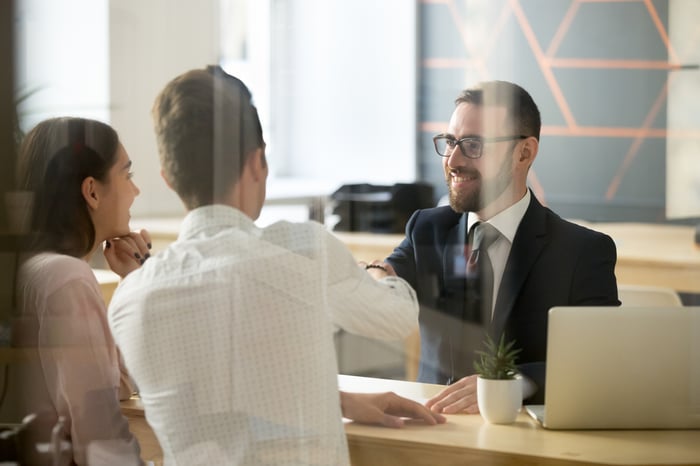 Butterfield earlier this year agreed to acquire the Channel Islands business of Dutch bank ABN AMRO for $208 million, helping to grow its total earnings assets. Butterfield CEO Michael Collins, on a call with investors, said "we continue to reach out to potential targets" but added that he does not anticipate any "significant" deals over the next year as the bank focuses on integration.

Butterfield Bank isn't on a lot of investors' radar, but as my Foolish colleague Jason Hall notes, it is an exceptionally profitable financial institution with much potential for growth. Management has a lot on its plate in the coming quarters managing macroeconomic trends and the merger acquisition, but the bank remains an enticing buy for long-term investors willing to ride out the potential storm.