Thanksgiving falls on the fourth Thursday of November. And this year, that day is Nov. 28, the latest possible date it can be. That's bad news for retailers because it shortens the holiday shopping season to 25 days, the shortest season since 2013. 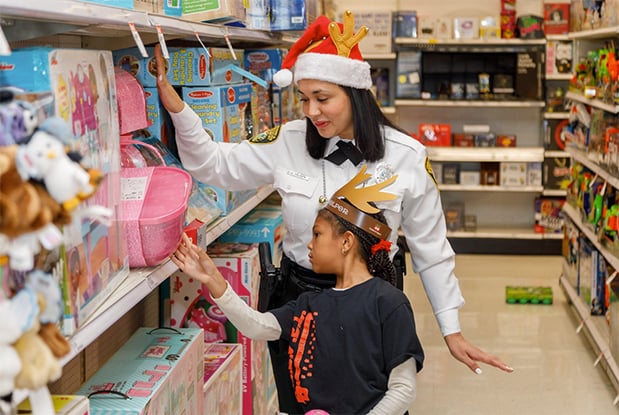 But Target (NYSE:TGT) aims to make the most out of its limited time to cash in with holiday shoppers. Target's stock hit an all-time high on Oct. 22 ($114.83) and closed Monday at $108.77. Target's strategy to approach or surpass that mark during the holidays would continue to pay off for investors. (If it reaches $112, that would move its market capitalization to an amazing $57 billion!)

Here are five specific moves that may give the retailer an edge this season:

And its financials look pretty festive, too.

Target will announce third-quarter earnings Nov. 20, and if its earnings-per-share (EPS) growth is any indication (and it is), expect a good performance. Target has beat earnings estimates the past two quarters. In the first quarter, Target reported posted $1.53 per share, and its second-quarter result was $1.82.

EPS growth is an important metric because it indicates a company's future prospects. It's usually expressed as a percentage and is then referred to as the EPS growth rate. For Target, growth in EPS this year is 16.4%, with EPS expected to grow 7.2% in the coming year.

Investors on the hunt for a dividend stock promising growth should take a closer look at Target. The retailer has a long history of paying dividends to its shareholders; 2019 is the 48th consecutive year shareholders have enjoyed an increase in its annual dividend. Target has increased its dividend five times on a year-over-year basis in the last five years, for an annual increase of 6.39%. These regular and growing payouts demonstrate Target's commitment to increase and maintain its dividend.

But Target's price-to-earnings ratio (P/E) is 16.65, lower than both Walmart's at 23.13, and Amazon's, which is 66.34. In general, this means Target is a better buy for the investor looking for undervalued stock. Those investors may want to put Target on their shopping lists this holiday season.