The stock plunged again, but the company is making some big changes.

Shares of Trivago (TRVG 0.00%) plunged on Tuesday after the hotel-booking specialist posted a weaker-than-expected bottom-line result in the third quarter. Revenue fell 1% to 250.3 million euros, while Adjusted EBITDA slipped from 26.6 million euros to 10.9 million euros as the company faced challenges in its home market in Europe.

Looking ahead, fourth-quarter guidance also seemed to disappoint investors -- management called for revenue to decline in the current quarter, and for full-year Adjusted EBITDA guidance to come in at the lower end of its 60 million-80 million euro range. However, there were some key announcements and data points that investors should be aware of in addition to the quarterly results. Let's take a closer look. 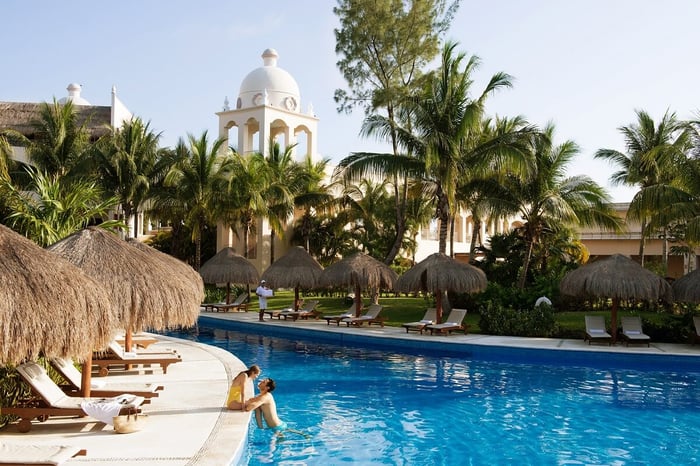 1. Trivago's getting a new CEO

Along with the third-quarter announcement, the company said that founder and CEO Rolf Schromgens would vacate the CEO post and join Trivago's supervisory board at the end of the year, concluding 15 years of running the hotel meta-search aggregator. CFO Axel Hefer will become the new CEO. Hefer has been with the company since its IPO in 2016, and has overseen Trivago's advertiser strategy, among other aspects of the business. Matthias Tillman, the current head of Corporate Finance, will become the new CFO.

Hefer takes over at a time when the stock has been in free fall, as shares are now down about 75% from the IPO price. The company previously faced a dispute with Booking Holdings, its biggest customer, over Trivago's rules, and has tinkered with its own product in order to optimize the platform to convert searches into hotel bookings. But revenue growth has been flat in recent years, due in part to competition from Google, online travel agencies, and home-sharing platforms like Airbnb.

While Trivago's overall numbers may have underwhelmed, the company effectively executed in the Americas, where revenue jumped 19% to 96.3 million euros. Revenue per qualified referral, or essentially what the company collects from connecting end users with hotels, rose 22% to 2.24 euros, a sign that its recent product optimizations are delivering results. Management credited the product optimizations and an increase in advertising spending for the strong growth in the Americas.

However, performance lagged in Europe, its other key market, where revenue fell 9% to 104.2 million euros. Management blamed softness in the market, which weighed on cost-per-click rates from its largest advertisers, Booking Holdings and Expedia. The gap between Europe and the Americas seems to reflect a difference in the relative strength of the regions' economies.

The biggest change in the hotel market in the last decade has been the rise of home-sharing and vacation rental platforms like Airbnb and VRBO. Trivago has responded aggressively to that threat by scaling up the number of "alternative accommodations" on its platform. The company now has more than 2.3 million such listings on the platform, up from about 1 million a year ago and just 250,000 the year before that. CFO Hefer would not disclose what percentage of the company's listings were alternative accommodations, but called it "meaningful."

On the call, management said that Airbnb was testing listings on Trivago in some markets. Airbnb has more than 7 million listings on its site, so a full-on partnership between the two companies would greatly expand Trivago's alternative accommodations.

Despite a number of changes and improvements the company has made to its platform in recent years, its financial performance continues to disappoint -- both revenue and profits were down in the current quarter and guidance for the fourth quarter was uninspiring.

Hefer did not give specific guidance for 2020, but said the company was aiming to grow Adjusted EBITDA. He also played down threats from the likes of Google, and said there were no significant changes in the competitive landscape. The reality for Trivago is that it competes with much larger players, including Booking Holdings and Expedia, who are also its biggest partners and have much more influence over the market. Google has also made a more aggressive play for the hotel market, adding to the competition.

It's clear why investors have gotten frustrated with the one-time growth stock as the company's strategy has shifted from growing revenue to EBITDA in recent years, though at this point Trivago is struggling to do either. Though the company seems to be making the right moves with product optimizations that make its platform easier to use for customers and deliver more bookings for its bidding partners, without a significant change in the market, Trivago seems unlikely to be more than a bit player, especially as long as it's competing with Booking, Expedia, and Google.