The biotech's Q3 results and future fortunes hinge on approvals for the blood-disease drug it licensed to Celgene.

It's been an up-and-down kind of year so far for Acceleron Pharma (XLRN). In September, the biotech announced disappointing phase 2 results for ACE-083 in treating facioscapulohumeral muscular dystrophy (FSHD) and scrapped its FSHD program. However, Acceleron's shares have rebounded from this clinical setback in recent weeks.

The company announced its third-quarter results before the market opened on Wednesday, putting that rebound on the line. Here are the highlights from Acceleron's Q3 update. 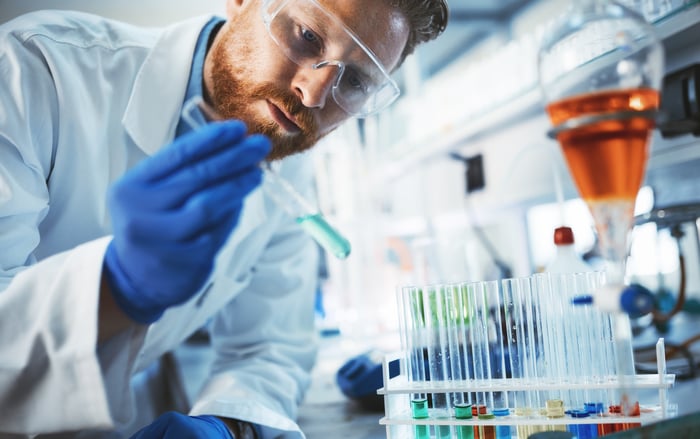 Acceleron announced Q3 revenue of $4.2 million, a 29% increase from the $3.3 million reported in the same quarter of the previous year. The company's reported revenue was a bit lower than the average analysts' revenue estimate of $4.44 million.

The company reported a third-quarter net loss of $45.4 million, or $0.86 per share based on a generally accepted accounting principles (GAAP) basis. This compared to a loss of $29 million, or $0.63 per share, in the same period in 2018. Analysts were expecting a Q3 adjusted net loss of $0.82 per share.

Acceleron's Q3 revenue came entirely from its partnership with Celgene (CELG). Most of the money the company received from Celgene in the third quarter was related to expenses associated with blood-disease drug luspatercept. This revenue, however, didn't come close to covering Acceleron's ongoing research programs and its operating expenses.

The most important number in Acceleron's Q3 update is its cash position. The company thinks that its current cash, cash equivalents, and investments will be enough to fund operations until it begins to receive royalties from Celgene for sales of luspatercept.

There are plenty of exciting developments on the way for Acceleron. The biggest one is the impending FDA approval decision for luspatercept in treating beta-thalassemia by Dec. 4, 2019. The agency's target action date for potential approval of the drug in treating myelodysplastic syndromes (MDS) is Apr. 4, 2020. In addition, an approval decision for luspatercept by the European Medicines Agency is expected in the second half of next year.

All biotech stocks have their defining moments, and FDA approval for luspatercept will likely be Acceleron's. Market researcher EvaluatePharma ranked this potential approval as one of the top new drug approvals of the year.

All eyes, though, will be on luspatercept for the immediate future. If the FDA approves the drug, as many expect it will, the up-and-down gyrations Acceleron has experienced so far in 2019 could give way to a sustained upward trend.