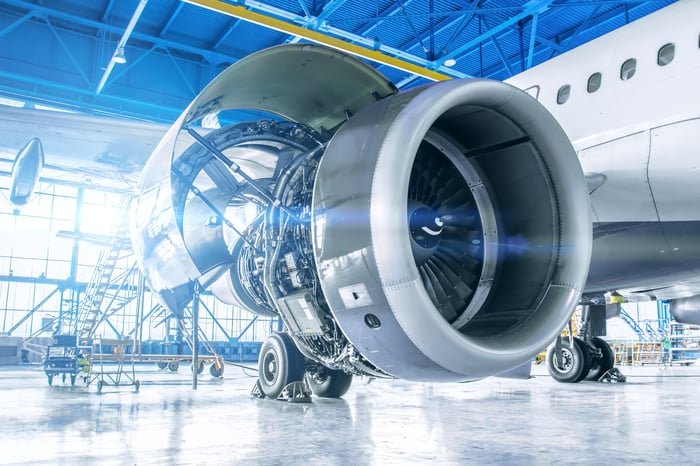 Allegheny's future is levered to a cycle of upgrades by the world's aging commercial airliner and cargo fleets. Concerns over the grounding of the MAX following two crashes spurred Allegheny's shares to slide by more than 20% for the year in August, before rebounding almost completely by Friday's close after an upbeat third-quarter release.

Allegheny reported adjusted EPS of $0.33, in line with consensus forecasts. That gain arrived despite a 6% year-over-year contraction in sales for the high-performance materials segment, which includes aircraft components for commercial and military contractors. While the slowdown in aeronautical sales hurt, ATI management pointed out that seasonal business patterns and one time charges, rather than demand declines based on Boeing's ongoing problems with their new carrier, drove the softness.

Critically, the recent sale of non-core business lines helped Allegheny sweeten the bottom line on its high-tech metal products. Operating profit margins for the segment expanded by 1.3 percentage points year over year to 14.3% of sales. Even more importantly, this improvement in margins follows similar gains in 2017 and 2018, a trend of rising profitability that makes the company's core business increasingly attractive.

If Allegheny continues to improve margins for its core high-performance business and trim fat from operations, the upside potential for a company currently trading at a P/E ratio around 13 could be huge.

Going forward, the company's pipeline will remain highly sensitive to any change in Boeing's production schedules for both the 737 and 787, both of which utilize titanium structural components built by Allegheny. But the company's fortunes will not solely depend on one customer. Allegheny is competing to increase its share of Airbus structural contracts, and it enjoys some security from multiyear contracts in its jet engine parts business.

Not everything hinges on Allegheny's aircraft business lines, but macro concerns that are dragging on prospects for the entire metals space present some significant hurdles for growth. For starters, Chinese joint ventures focused on consumer product maker demand and energy segments are directly hurt by the ongoing trade war. In comments following Thursday's financial results, Allegheny management specifically cited a slowdown in freight ship production and a modest loss on tariffs for stainless steel products. Should the Trump administration fail to win key concessions from Chinese trade negotiators, these concerns could worsen.

Pension costs are another potential variable that could dampen prospects. Alleghany is an established player in the steel industry, tracing its roots back to a maker of beams used to build the Chrysler and Empire State buildings. With that history comes a burden, as the company shoulders retirement liabilities from long-closed operations. Third-quarter results included improvements in pre-pension FCFE (free cash flow to equity) improvements and decreasing debt levels, suggesting that for now, the company can meet its obligations without undue stress on the bottom line.

It is too early to declare all of Allegheny's problems to be in the past, but the company seems well positioned to weather the storms ahead. As the fortunes of Boeing and other primary aircraft makers hog the spotlight, investors keen to catch the next wave of air fleet replacement at an old-economy valuation should keep an eye on Allegheny.