China spent $137 billion on healthcare in 2018 and could spend up to $170 billion annually by 2023. Two exciting biotech companies, BeiGene (NASDAQ:BGNE) and Zai Lab (NASDAQ:ZLAB), allow investors an opportunity to get in on the action while it's still early.

And why wouldn't you? Both companies have products already on the market, they have new drugs awaiting approval from Chinese regulators, and they're investing in promising R&D. Add in a multitude of pharmaceutical and biotech partnerships and well-known institutional investors, and everyday investors get an opportunity to invest alongside some of the most prominent names in the industry. 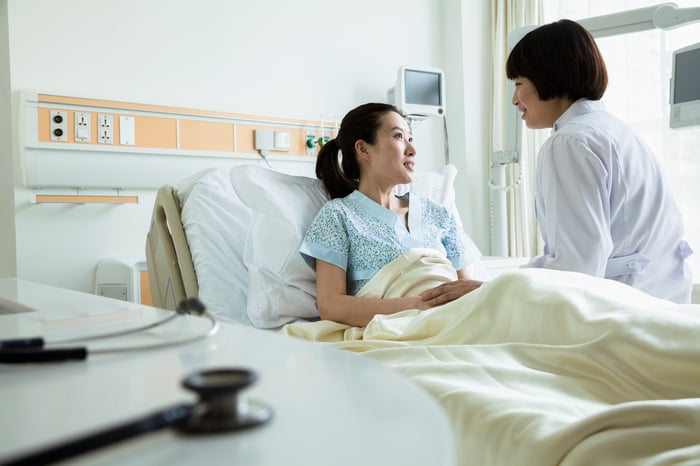 If you're unsure about biotech, China, or the combination, it might help to start with a company that's already drawn interest from two of the best-known biotechs in the world. BeiGene recently sold one-fifth of its outstanding stock to Amgen (NASDAQ:AMGN) after a handful of years working with Celgene (NASDAQ:CELG).

Let's start with the Amgen news. On Oct. 31, Amgen announced its purchase of 20.5% of BeiGene's stock for $2.7 billion, a 26% premium to the market price. Investors liked the deal, propelling the stock upwards by 33% that day.

BeiGene will begin selling three cancer drugs belonging to Amgen: Xgeva, Kyprolis, and Blincyto. The Chinese rights will revert to Amgen after five, seven, or 12 years, depending on the drug. BeiGene also gains rights to 20 early stage drug candidates from Amgen.

BeiGene's work with Celgene takes a little explaining, but you'll see why it has us excited.

BeiGene transformed from a cancer research and development shop to a fully integrated pharmaceutical company through a 2017 strategic transaction with Celgene. As part of the arrangement, BeiGene acquired Celgene's commercial operations in China along with the rights to sell the cancer drugs Abraxane, Revlimid, and Vidaza.

Celgene made a hefty $263 million up-front payment and a $150 million investment into BeiGene. In return, it acquired the worldwide rights outside of Asia for BGB-A317, BeiGene's promising PD-1 inhibitor. This class of drug, called a checkpoint inhibitor, binds to cancer cells, resulting in the immune system boosting its attack on the cancer.

Touted as a potential best-in-class PD-1 inhibitor, BGB-A317 competes in a crowded field led by Keytruda from Merck (NYSE:MRK) and Opdivo by Bristol-Myers Squibb (NYSE:BMY). Keytruda produced an astonishing $3.1 billion in sales in the third quarter of 2019; Opdivo trailed in second place with more than $1.8 billion in third-quarter sales. This class of drugs is becoming the new standard of care for many types of cancer.

Now for the twist. Because Bristol-Myers is acquiring Celgene and already has a PD-1 inhibitor with Opdivo, Celgene had to return BGB-A317 to BeiGene this summer. Even more painful, Celgene shelled out an additional $150 million to BeiGene as an early termination fee.

That's good news for BeiGene. Chinese regulators are currently reviewing applications for approval of BGB-A317 in the first two cancer indications. In parallel, BeiGene submitted applications in China and the United States for its targeted cancer therapy zanubrutinib.

Zanubrutinib inhibits Bruton's tyrosine kinase (BTK), an important mediator in blood cancers including certain types of lymphomas and leukemias. Imbruvica, the first approved BTK inhibitor, generated over $2 billion in third-quarter revenue between its marketing partners Abbvie and Johnson & Johnson. In addition to Imbruvica, BeiGene will battle for market share with Calquence by AstraZeneca (NASDAQ:AZN).

BeiGene's pipeline runs deep. Positioning itself as China's leading developer, manufacturer, and marketer of targeted cancer drugs, BeiGene convinced Mirati Therapeutics, SpringWorks Therapeutics, Zymeworks, MEI Pharma, and private companies BioAlta and Ambrx to hand over rights to their drugs in China (and in many cases, other countries).

By the way, BeiGene chalked up another R&D pact with a notable biotech on Nov. 5 — this time, Beigene secured the Asian rights excluding Japan for a pre-clinical cancer drug from Seattle Genetics (NASDAQ:SGEN).

Another China-focused biotech worth investors' time is Zai Lab, a Shanghai-based developer of treatments for cancer, autoimmune diseases, and infectious diseases. This emerging biotech has garnered its first product approvals and awaits regulatory sign-off in larger markets.

Zai Lab is awaiting the approval in China of its ovarian cancer drug Zejula, which is partnered with GlaxoSmithKline (NYSE:GSK). AstraZeneca's competing drug Lynparza received approval in 2018, giving it a healthy head start to gain market share. 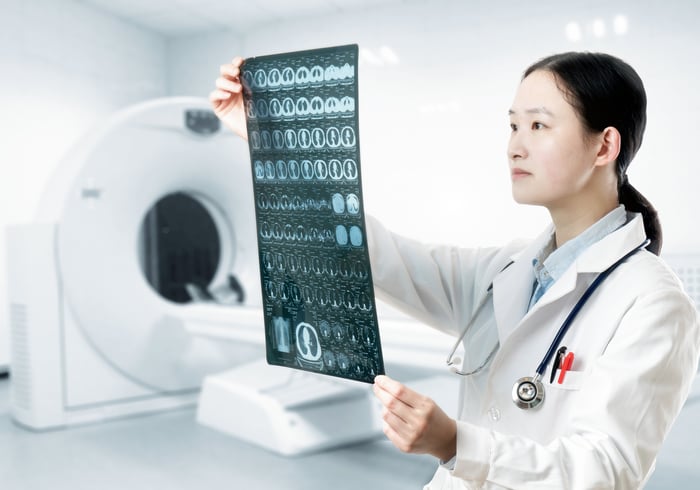 All but two of the pipeline candidates are in phase 3 trials in China; several have multiple phase 3 trials under way. This means that Zai Lab should have lots of news and catalysts in the near term and midterm to help drive the company's growth. Additional partnering deals may also positively impact the stock price.

Both Fidelity and venture capital firm Kleiner Perkins backed Zai Lab early on, providing essential capital and credibility. Zai Lab looks like an emerging story to watch. While earlier-stage than BeiGene, Zai Lab has the potential for great stock appreciation as its sales begin to ramp up, and its pipeline drugs emerge successfully from phase 3 clinical trials.