The stock is down over 15% after the company released its third quarter earnings results.

Pinterest (PINS 1.40%) reported third-quarter earnings with slowing revenue growth and higher expenses that disappointed investors. Shares are down over 15% since the company reported earnings in late October.

Are these signs of ongoing challenges, or does this young social media stock still present a compelling bull case? Let's find out. 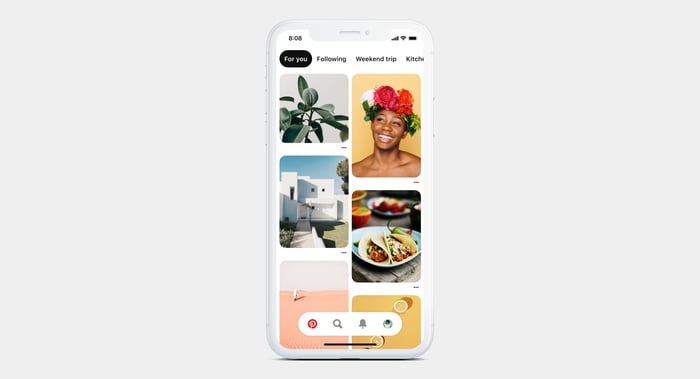 Though the top line was up 47% year over year in the quarter, this marked a sequential decline from both the first and second quarter's growth rates of 54% and 62%, respectively. Research and general and administrative expenses more than doubled compared to last year, while sales and marketing expenses increased 66%. Some bears also called attention to the monthly active user (MAU) metric, given the significant discrepancy in average revenue per user (ARPU) between Pinterest's two markets -- $0.13 for international and $2.93 for the U.S. Though international MAUs jumped 38% year over year to 235 million, the company's home market only saw 8% growth.

One analyst has argued that the comparatively low revenue growth is not structural but the result of tough comps from the third quarter of 2018, when the company delivered its highest growth quarter in the last two years. During that period, Pinterest scaled its conversion optimization and video awareness products. Management believes that it will return to higher growth -- CEO Ben Silberman said during the earnings call, "We hear advertisers universally saying they want to appear on platforms where the tone is generally positive. Across the board, we're also hearing that the increase in the number of buying tools and targeting options is making it easier to spend."

Pinterest sees international growth continuing at a brisk pace as well. Importantly, international ARPU more than doubled year over year. CFO Todd Morgenfeld explained, "We've got a lot of opportunity in those markets outside of the U.S., particularly in English-speaking countries and in Western Europe, where while the product is localized and we have sellers on the ground, we have a lot of runway before we reach maturity in those markets."

Pinterest has a lot of room to make its platform more shoppable, which will boost ad sales. The company recently launched a catalog uploader, which allows businesses to showcase their products in a rich, catalog-like format, and management saw a 75% quarter-over-quarter increase in the amount of catalogs uploaded in the third quarter.

Pinterest users also tend to have strong buying intent, which makes the platform a good return on investment for advertiser dollars. Many users are turning to Pinterest for ideas and inspiration for their personal projects, which often involve discovering and shopping for various clothing, decor, ingredients, and other products. Of note, 68% of Pinterest users have discovered a new brand or product on Pinterest, according to Comscore..

The company's user demographics are also attractive to advertisers. Over 50% of U.S. millennials are active on Pinterest, while eight out of 10 moms also use the service. Moms are often the decision makers for what products and services to purchase for their household, making them an appealing audience.

There is still a lot more to this growth story, and with shares trading near Pinterest's original IPO price, this recent sell-off gives investors an attractive entry point for a small but fast-growing player in social media. Given Pinterest's many opportunities to draw in advertisers and expand its market, the company is poised to continue delivering impressive growth going forward.