A couple factors could be weighing on WW International stock this morning.

Shares of WW International (WW 10.54%), a wellness company and weight-management program, plunged as much as 21% lower Wednesday morning despite beating bottom-line estimates. Here's what could be driving the price movement.

Starting from the top, during the third quarter, WW International posted revenue of $348.6 million, 4.7% lower compared to the prior year, which missed analysts' estimates of $352.7 million. Despite the top-line disappointment, the company's earnings per share checked in at $0.68, well below the prior year's $1.00 per share but enough to top analysts' estimates of $0.66 per share. Another factor perhaps weighing on the stock price today was a sequential decline in subscribers. Subscribers checked in at 4.4 million at the end of the third quarter, a 6% improvement from the prior year but lower than the 4.6 million during the second quarter. 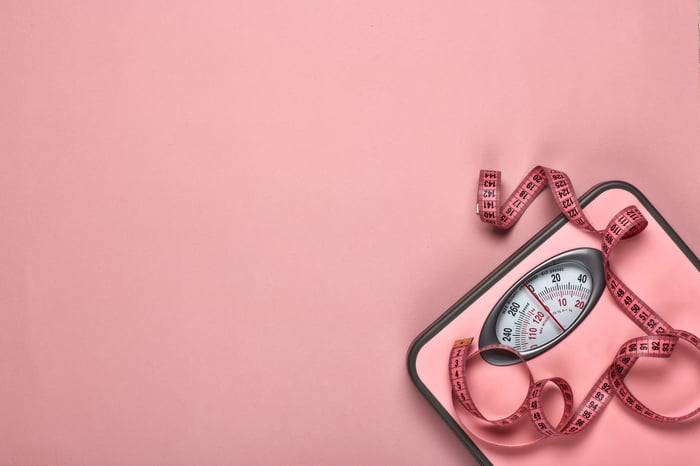 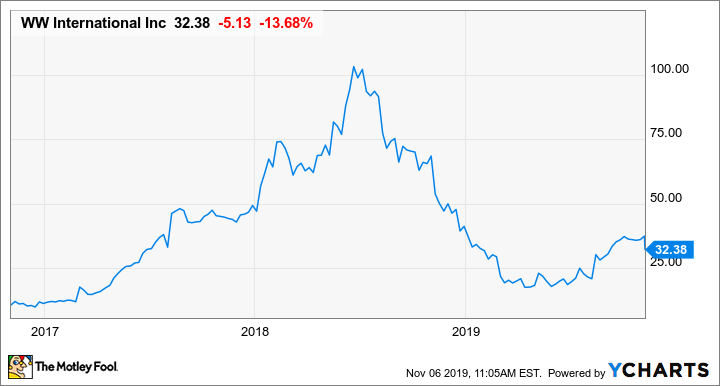 As you can see in the graph above, WW International stock has been on a roller coaster ride over the past three years. Part of that stock price volatility is likely due to the unpredictable nature of its underlying business. Revenue and marketing might be more or less costly at any given time, and consumers increasingly opting for the less expensive digital-only option could result in top-line weakness.

On the bright side, management announced it will soon launch a new, more customized program that will appeal to both new and old members. Paired with Oprah's 2020 Vision, it should drive subscriber growth in 2020. Management raised full-year earnings guidance to check in between $1.63 and $1.75 per share, higher than the prior guidance of $1.55 to $1.70 per share. Analysts' estimates are for $1.69 per share.

Is It Time to Take Profits on Weight Watchers?
405%