Shares of Paysign (NASDAQ:PAYS) were up 15% as of 3:30 p.m. EST Wednesday after the prepaid-card program and processing services specialist announced better-than-expected third-quarter 2019 earnings and the onboarding of key customer programs.

More specifically on the former, Paysign's quarterly revenue grew 40.3% year over year to just over $9 million, translating to net income of $3 million, or $0.06 per share. Most analysts were modeling earnings of $0.04 per share on revenue closer to $9.3 million. 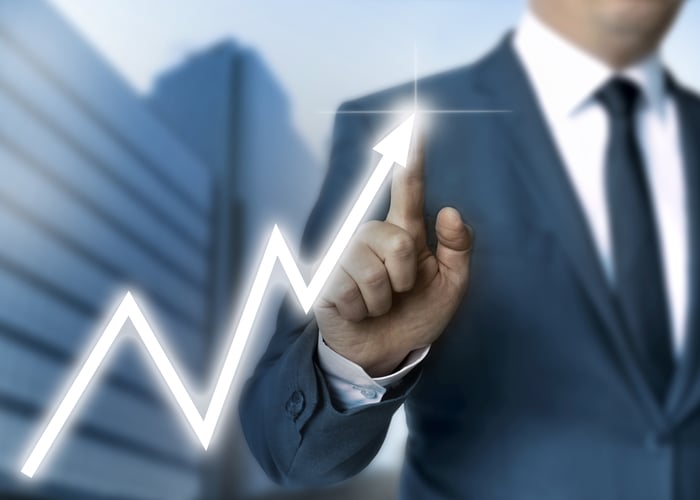 Perhaps most encouraging, Paysign also confirmed it successfully onboarded all of its scheduled plasma programs during the quarter -- delays that previously caused the company to lower its annual revenue guidance last month -- effectively increasing its industry footprint by 13%.

"We are very pleased with our quarterly and year to date financial results, as we posted both record revenue and net profit," stated Paysign CEO Mark Newcomer. "We remain very optimistic as we continue to increase market share, gain traction in our existing verticals, expand our industry reach and market to consumers both directly and through channel partners."

Paysign reaffirmed its full-year guidance for revenue of $35 million to $37 million and for adjusted earnings before interest, taxes, depreciation, and amortization (EBITDA) of $10 million to $12 million. When you couple that outlook with Paysign's relative earnings outperformance this quarter, investors breathed a sigh of relief regarding those key plasma programs. So it's no surprise to see the stock rebounding today.