The PaySign prepaid debit card manager offered a rosy revenue forecast for fiscal year 2019, though investors still have to wait another month or so for the last earnings report of 2018.

Shares of 3Pea International (PAYS 3.49%) are trading 36.9% higher at 2:45 p.m. EST. The provider of prepaid debit card solutions, with a heavy focus on plasma donation services, released revenue guidance for fiscal year 2019 this morning, and investors clearly liked what they saw.

3Pea's management expects full-year revenues to land near $39 million in 2019, representing approximately 68% growth over the 2018 fiscal year. Revenue and EBITDA guidance for the full year and fourth quarter of that reporting year remained unchanged.

"In 2018, we were successful in entering new industry verticals, and the results of our efforts will begin to be recognized in the first quarter of 2019," said 3Pea CEO Mark Newcomer in a prepared statement. "Furthermore, we expect to see continued improvement of our gross margins driven by operational improvements and a favorable product mix." 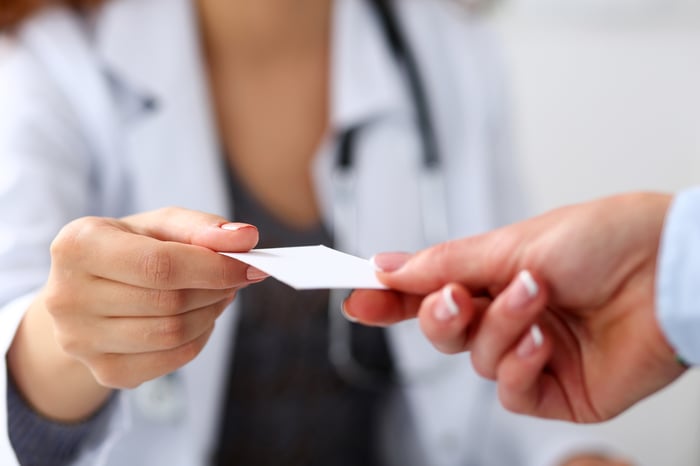 The final fourth-quarter report is due in mid-March. 3Pea joined the Nasdaq Capital Market as recently as last August and has replaced most of its board of directors and upper management in recent months. The influx of fresh blood in the executive offices appears to be making a difference. The PaySign card network operator is not used to these skyrocketing revenues; it grew its top-line sales by an average of 18% per year in the last half-decade.

Don't look now, but 3Pea's shares have surged 560% higher in 52 weeks. Is the plasma donation space getting too small for this company's ambitions? I'll be watching this exciting growth story from the sidelines until 3Pea gives us a better grip on its future business plans.