A major inventory write-down will nearly wipe out future-quarter profits.

Shares of Plantronics (POLY) fell more than 35% on Wednesday after the headset and video conferencing hardware manufacturer reported a quarterly miss and lowered expectations for future quarters. It's a difficult period for Plantronics, which is in the process of integrating its acquisition of rival Polycom.

After markets closed Tuesday, Plantronics reported fiscal second-quarter non-GAAP earnings of $1.24 per share on revenue of $462 million, falling short of analyst expectations for $1.33 per share in earnings on sales of $483 million. It was the second straight quarter of lower-than-expected revenue, which has led to a buildup in inventory ahead of a series of new product releases. 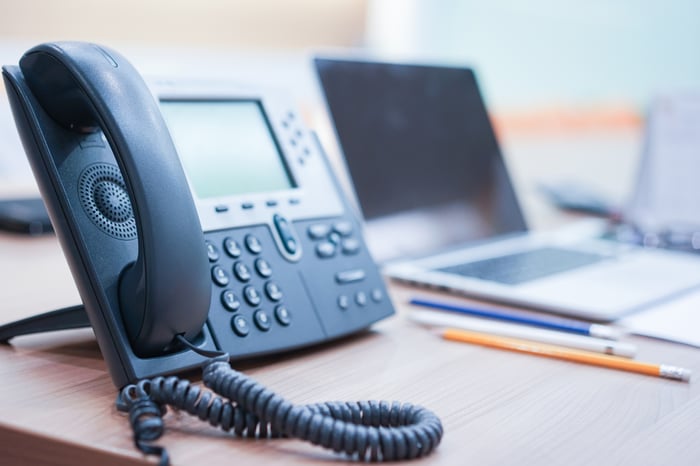 The company, which is rebranding itself postmerger as Poly, said that during its current quarter, it expects to reduce channel inventory by about $65 million by reducing sales to channel partners. That is going to wipe out a good deal of its profits in the near term. Plantronics said it sees fiscal third quarter non-GAAP earnings coming in at between $0.01 per share and $0.31 per share, well below the $1.59-per-share analyst consensus.

"As we analyze inventory levels across our value chain, in light of the evolving macroeconomic conditions and significant product transitions under way, we believe it is prudent to reduce channel inventory at this time by reducing sales to channel partners," Chief Financial Officer Chuck Boynton said in a statement. "This reduction will primarily impact our fiscal Q3 results and is incorporated into the guidance we are providing today."

Plantronics remains optimistic about its new generation of products, including its new Studio X video conferencing line, which was introduced at Zoom Video Communications' annual user conference, and a new line of business desk phones introduced at a Microsoft event.

The company should be commended for taking a painful but necessary hit and addressing its inventory issues and clearing the way for new products. But it's going to take some time before investors know how the new items are performing in the market. Investors are best off watching this tech stock from the sidelines for now.