Please ensure Javascript is enabled for purposes of website accessibility
Free Article Join Over 1 Million Premium Members And Get More In-Depth Stock Guidance and Research
By Nicholas Ezyk - Nov 7, 2019 at 6:00AM

The crises facing this California utility should serve as a cautionary tale for any potential utility investors.

The difficulties facing Pacific Gas & Electric ( PCG -1.58% ) continue to mount. After nearly a year in bankruptcy court, the once-strong utility serving half of the state of California is facing challenges like it's never faced before. 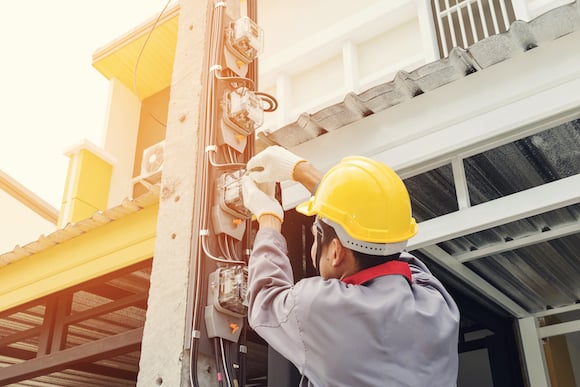 PG&E is suffering from crises on all fronts. After a series of bad wildfires in 2017 and 2018, the company filed for bankruptcy in January 2019. It has a balance sheet riddled with debt, it is far behind in payments for infrastructure and upkeep, and yet another major wildfire season will likely only make things worse.

This company's issues are illustrating the pitfalls for utility companies across the country and PG&E's issues should serve as a cautionary tale for investors looking into utility stocks in other parts of the country.

You can see the problems for PG&E's long-term viability in its balance sheet. The total equity in PG&E has halved since before its bankruptcy filing, drastically declining from $19.4 billion dollars in the third quarter of 2018 to only $10.3 billion after the second quarter of 2019. What's worse, retained earnings (the amount of money a company has to spend on capital improvements and other expenditures after their dividends and other necessities are paid out) has dipped sharply into the red. A $6.6 billion surplus in retained earnings after the third quarter of last year has cratered, reaching a deficit of $2.6 billion after last quarter.

This shows that PG&E has taken a lot of debt onto its books in recent months, a consequence of the failure to provide adequate upkeep for failing infrastructure. Although the net assets of PG&E have increased somewhat, other liabilities have increased from $17.9 billion to a staggering $64.2 billion. Since these liabilities are long-term in nature, this is a giant red flag for any investor looking to put their money into this stock.

The dimming hope of a buyout

PG&E is involved in a complex set of lawsuits and proceedings surrounding the fate of the company after it eventually emerges from bankruptcy. Several competing parties are in talks to take over the ailing company. This includes a group of hedge fund-affiliated bondholders that have allied with lawyers representing wildfire victims from 2017 to the present which recently achieved an $11 billion settlement with the utility. However, these companies all have the option to pull out of the restructuring effort if 1) PG&E is found to be at fault for the recent Kincade fire, and 2) the number of homes completely destroyed by wildfires tops 500. At this time, about 170 homes have been destroyed from the spreading wildfire.

Investors should watch this metric closely. If that 500 home threshold is crossed, the efforts to pull PG&E out of bankruptcy will become significantly harder.

The political pressures facing California's government is complicating PG&E's efforts to return to financial stability. California governor Gavin Newsom is facing significant public scrutiny as the wildfires and associated power outages across the northern half of his state grow out of control and some are even calling for a public takeover of the utility to inject it with much-needed capital improvement funds.

If the California government does take control of PG&E, that may fix some of the company's issues with infrastructure. However, a government buyout may lead to a less than average purchase price. This is another reason that investors should be wary of this utility.

Tough time to be a utility investor

The changing climate poses an immense risk to American utilities, which should give pause to any investor looking into this sector of the economy. According to a McKinsey report, major adverse weather events are increasing in frequency in the United States, with hurricanes and wildfires being the biggest threats to American utility infrastructure.

The average utility company in the United States has seen $1.4 billion dollars in natural disaster damage over the last 20 years, with a projection of $1.7 billion more lost over the next 20 years. There is also the risk that comes from houses being built in areas prone to natural disasters, with utilities still beholden to customers in these areas no matter the cost to society or their balance sheets.

PG&E is in a bad position looking toward the future. Other companies, such as the Exelon family of Midwest utilities and Con Edison serving New York and New Jersey, also face massive systemic risks from local natural disasters. With this in mind, it's clear that investors planning on looking into utilities should study the balance sheets and risk of local weather events closely before buying shares.