This promising play on the African economy could prove a winner.

This past April, Wall Street got a special package delivered from a region thousands of miles away.

Jumia ( JMIA -4.44% ) debuted in what was touted as the IPO of a rare highly valued tech start-up out of Africa. As a provider of an e-commerce platform serving numerous emerging countries across the continent, the company is often regarded as the Amazon of Africa, with 4.8 million active customers as of June 30, representing a 50% increase from the 3.2 million it counted a year prior.

But its stock has been looking a little distressed lately. Following troubling claims of fraud and falsified financial figures, Jumia's stock has tanked around 87% from its May high to now trade around $6.

It's not all bad, though. Jumia's growth initiatives have real potential to take advantage of the emerging African market, and if the allegations turn out to be overblown and less material than feared, there is plenty of promise to be had.

Here are three things to watch for when the company reports earnings on Nov. 12.

Allegations of fraud and lawsuits

Jumia's stock was the cool kid on the block for a little while, soaring from its $14.50 IPO price to reach $48 this past spring. But in May, influential short-seller Citron Research crashed the party when it published a document full of complaints alleging wrongdoing. Lawsuits followed, alleging that Jumia overstated its sales and customer count figures, among other metrics, and published financial statements that seemed questionable.

It's unclear whether Citron's allegations are true, though. And as for the lawsuits, Jumia stated they were still in their preliminary stages as of August.

The company has, however, acknowledged issues with sales related to its JForce program, which is a network of independent sales associates spread throughout the continent. Think of it like Avon for African e-commerce.

Fake orders and orders originating as a result of JForce agent misconduct accounted for 1%-2% of total sales in 2018, and less in 2019, according to the company. Jumia has stated it fired the associated sales agents and implemented new controls to reduce the chance of reoccurrence.

In Jumia's upcoming earnings report, investors should look for updates on the lawsuits and fraud allegations, as well as any color surrounding the JForce program, to help determine the legitimacy and weight of such troubles.

Is a booming future at hand?

With the ugly stuff out of the way, investors can look forward to hearing insight on the fun stuff: how the company is expanding in a continent that has no shortage of opportunities to grow and improve. 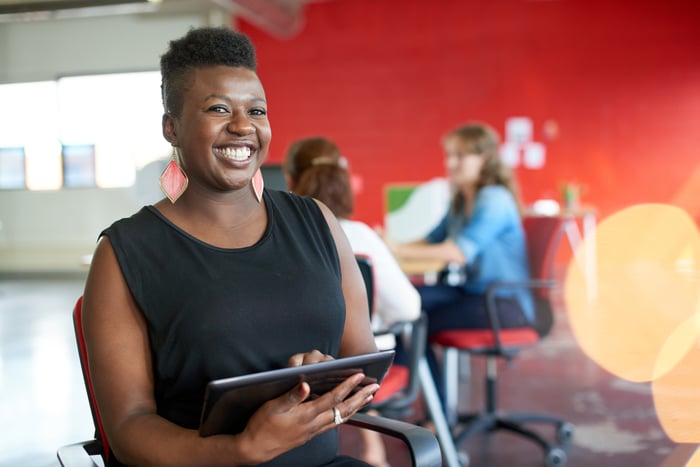 Revenue reeled in from its third-party, eBay-like marketplace grew almost 90% year over year in Q2, primarily from delivery fees and commissions charged on each sale. The company's gross profit grew 93.6%.

CEO Sacha Poignonnec believes the company will break even by 2022. This is pretty remarkable for a company operating in a continent that still has so much potential. Further, breaking even in only about three years from now would leave plenty of runway to reap profits from future growth avenues and macroeconomic developments across the continent.

If Jumia reveals continued growth metrics near triple digits on Nov. 12, this break-even time frame might be totally doable, which would help reassure weary investors.

JumiaPay's promise in a cash-centric land

For Jumia, it's not all about schlepping packages to people, though. Africa is heavily dependent on cash and low-tech payment methods for transacting business, which can carry challenges in the digital age. This is gradually changing, however.

However, during the company's earnings conference call on Aug. 21, Poignonnec pointed to aggressive efforts to expand the payment platform into other services, such as food delivery and hotel booking services, in addition to handling offline payments. Additionally, in an investor slideshow from early September, the company announced plans to eventually turn JumiaPay into its own stand-alone operation, perhaps as a hedge against the challenges facing e-commerce in Africa.

This all sounds pretty promising to keep Jumia chugging along while e-commerce infrastructure gradually develops across the continent, and it's another major area investors should consider on Nov. 12.