Shares of Polaris (PII -2.41%) rose 12.1% in October, according to data from S&P Global Market Intelligence. The off-road vehicle, snowmobile, and motorcycle company saw its stock climb with market momentum early in the month and then post more pronounced gains following its third-quarter earnings release. 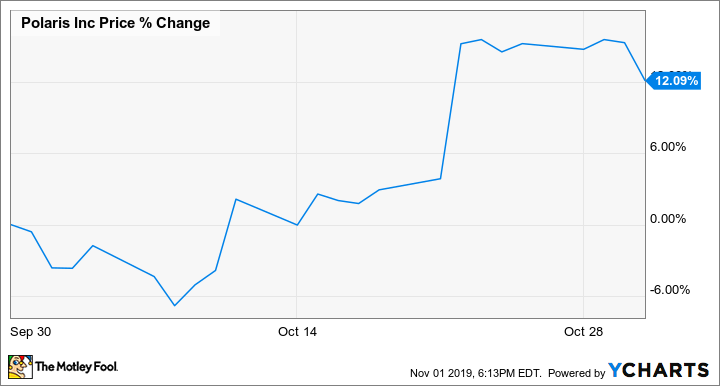 Polaris published third-quarter earnings results on Oct. 22, with sales climbing roughly 7% to reach $1.77 billion and non-GAAP (adjusted) earnings per diluted share dipping roughly 10% year over year to come in at $1.68. The average analyst estimate had called for earnings of $1.58 per share on revenue of $1.79 billion. 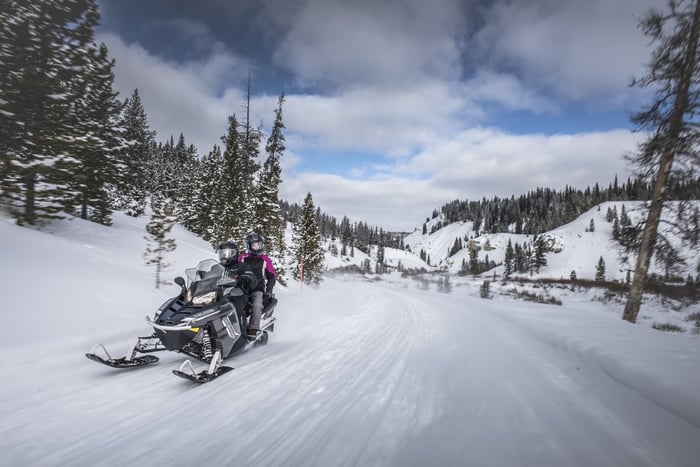 Gross profit margin for the quarter inched slightly higher despite the negative impact from tariffs. The gain was driven by a more favorable product mix compared to Q3 in 2018.

Polaris updated its full-year earnings guidance with its third-quarter earnings release and is now guiding for earnings to come in between $6.20 and $6.30 per share. Revenue for the full-year is expected to climb roughly 12% annually from 2018's sales of $6.0785 billion.

The company attributed its earnings drop in the third quarter to the impact of tariffs placed on goods produced in China; it has filed a tariff-exemption request with the Trump administration in order to allow the company to move forward without import penalties. Management expects the request to be reviewed in the near future, but it's looking at potentially moving manufacturing bases to other countries if exemptions are not granted.