The cannabis industry has been growing significantly in recent years as legalization has progressed in many states, with 11 having passed legislation for recreational use and more states likely following suit. In addition, the farm bill was passed nearly a year ago which allowed cannabidiol (CBD) to be permitted federally so long as it was derived from hemp. While these are all good developments, they've taken place even though the country may not have been ready for them.

Telling the difference between hemp and marijuana isn't easy

One of the biggest challenges for the industry is that telling hemp apart from CBD can be almost impossible since the plants effectively look the same. And that's made it very difficult for law enforcement to be able to determine whether someone is transporting hemp or marijuana. The cut-off for a plant being considered marijuana is 0.3% tetrahydrocannabinol (THC) content. It can be a very fine line as to whether someone is in violation of a crime or not, especially if the test isn't precise enough. Truck drivers are especially vulnerable and have gotten into legal trouble for transporting hemp because it isn't easy for law enforcement to tell the difference between hemp and marijuana.

A recent story from the New York Times outlined another problem distinguishing between the two. If someone consumes CBD, a drug test could still come back positive for THC. In one of the examples, one gummy bear infused with CBD was sufficient for someone to test positive for THC. This means users could be taking on significant risks by consuming medical marijuana, which is legal in over 30 states, as they could still fail a drug test for THC and face criminal charges in a state where recreational pot is illegal. 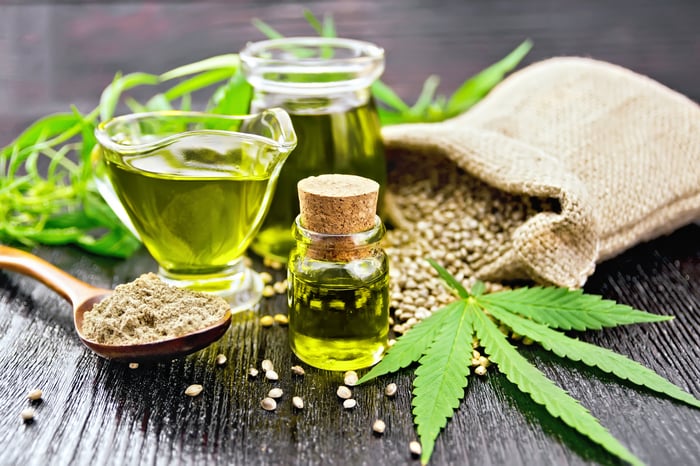 Having some levels of THC can be unavoidable in many types of CBD products, and whether you test positive for THC could simply come down to the accuracy of the test that's being administered.

Need for a reliable testing procedure is significant

There's a real need for an accurate and reliable testing method to determine whether someone has consumed hemp, low levels of CBD, or THC. With the potential consequences of being devastating for someone's life, there's a lot at stake. If consumers don't feel safe taking CBD products, the industry's demand and growth is in jeopardy. And as long as THC isn't completely legal across the entire country, then the issue isn't going away.

Even in Canada, where marijuana has been legal for over a year, testing for roadside impairment continues to be a big issue today. Even though there's a saliva-based test that has been approved, there are still questions around its effectiveness and accuracy.

A company that is able to develop an accurate test for cannabis could become immensely valuable, and perhaps be an acquisition target as well. However, a solution is still likely going to be a long way away as not only will the test need to work, it'll have to win over the support of government and police forces as well.

Major impact for companies getting in on the hemp craze

Hemp products, because of their low THC content, don't give users a high and are safer to use, which is a key reason why hemp has been legalized federally through the farm bill. However, if instances of CBD products causing problems for users become more prevalent, it could call into question the potential growth of the cannabis industry.

One company that is looking to take advantage of the growing hemp market is Cronos Group (NASDAQ:CRON). In August, the Canadian-based pot producer acquired Lord Jones, a company that makes a variety of CBD products, effectively giving Cronos a strong footprint in the U.S.

Cronos' aggressive strategy for CBD got investors very excited about the stock's potential. Unfortunately, since the deal was announced in August, the stock has fallen more than 40% as pot stocks as a whole have struggled, largely due to concerns relating to a lack of profitability in the industry. That's why there's a lot at stake for not just Cronos, but other cannabis companies that are looking to tap into the hemp market, which should be a much safer growth option for cannabis producers.

However, concerns about marijuana testing could become obstacles for the industry, and it's an issue that needs immediate attention to help ensure that users aren't scared away from using CBD. The sooner that more accurate testing procedures become available, the safer cannabis companies and consumers will be.