Shares of Okta (NASDAQ:OKTA) gained 10.8% in October 2019, according to data from S&P Global Market Intelligence. A rosy analyst note helped the provider of cloud-based identity and access management services start October on a high note, rising as much as 22.5% in just a couple of days. But the stock was caught up in a broad sell-off of richly valued tech stocks later on, ending the month with a total gain of 10.8%.

Okta's stock limped into October, having lost 22% of its market value in the previous month. One bullish report from analyst firm SunTrust Robinson reversed that negative trajectory in a hurry, amplified by solid gains in the broader stock market that day. This was when the trade tensions between Beijing and Washington appeared to be headed toward some sort of solution, lifting all sorts of American stocks doing business with Chinese customers. That's not a huge market for Okta, so much so that China wasn't mentioned at all in August's second-quarter earnings call nor in last year's 10K filing. But widespread market weakness could certainly limit Okta's mostly American clients' willingness and ability to invest in their IT infrastructure until this trade tension goes away.

The tumble of Oct. 18 was essentially a mirror image of the earlier gain, except that there was no bearish analyst report adding weight to Okta's drop. Lots of high-flying tech stocks crashed hard on that day, including Okta. The company sports negative earnings, razor-thin cash flows, and a sky-high valuation at 25 times sales or 48 times book value today. 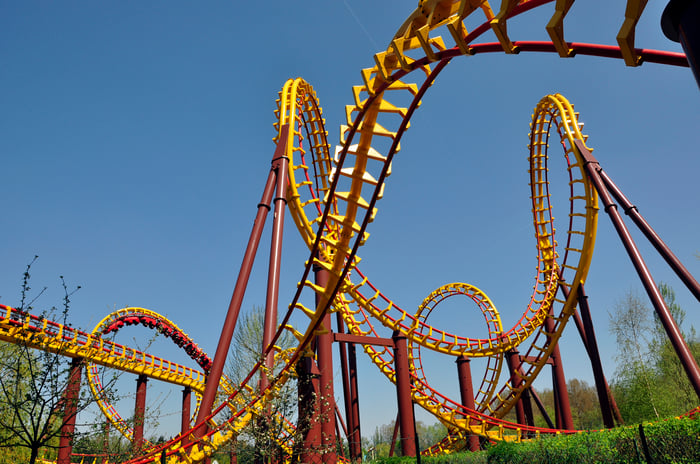 Don't cry for Okta's investors. The correction in late October still left the stock with a 10.8% gain for the full month, and Okta's shares have nearly doubled over the last 52 weeks.

That being said, Okta's lack of sustained earnings or meaty cash flows makes it difficult to pin down a reasonable market value for the company. Hence, massive volatility will continue to be a theme for this stock for the foreseeable future.