Shares of TAL Education Group (NYSE:TAL) rose 25% in October, according to data from S&P Global Market Intelligence. The stock appeared to benefit from the market momentum of China's tech sector, and also jumped significantly following its fiscal second-quarter earnings release.

TAL, which provides an array of tutoring services and online instruction for students in China, reported fiscal second-quarter results on Oct. 24, and its earnings fell significantly short of analysts' consensus expectation, despite a significant beat on sales. 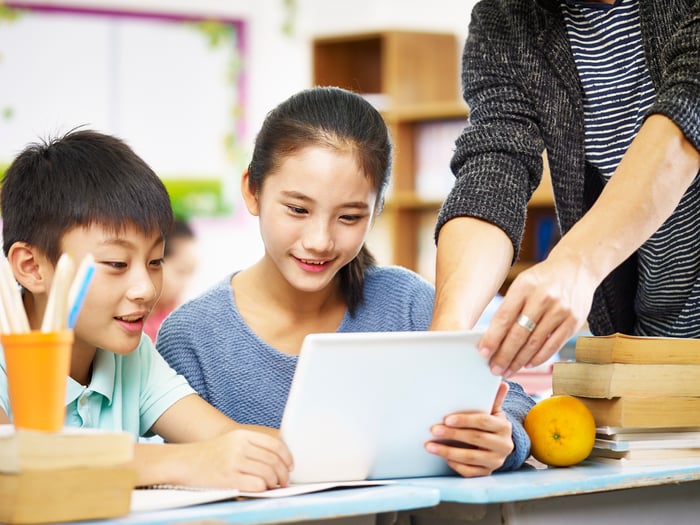 TAL's fiscal Q2 sales were up nearly 34% from the prior-year period, but adjusted earnings per share fell 87.5%, due largely to higher expenses in teacher compensation, materials, and sales and marketing, among other categories. Despite the big decline in profitability, investors may have responded favorably to the rapid growth of the company's online business. Revenue from its Xueersi.com platform climbed 88% year over year on a U.S. dollar basis, and long-term course enrollments grew 134% to 1.4 million. The company also forecast that overall revenue growth would accelerate sequentially in fiscal Q3. 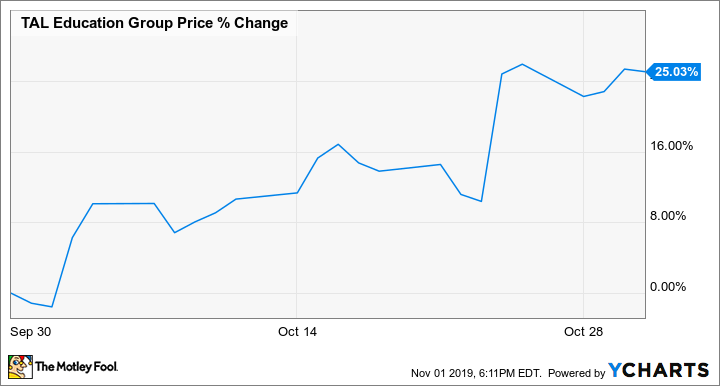 TAL Education projects that currency-adjusted sales for its third quarter will come in somewhere between $826.2 million and $843.8 million, representing growth of 42.5% year over year at the midpoint of the range. The company's sales growth target came in roughly 5% ahead of the average analyst target, and management indicated that the growth rate for sales on its online platforms this quarter was tracking ahead of last quarter's growth rate.

The company is valued at roughly 73 times this year's expected earnings and 7.5 times expected sales.