There was good news and bad news for KeyCorp (NYSE:KEY) in the third quarter. Let's start with the bad.

KeyCorp, the Cleveland-based parent company of regional lender KeyBank, fell short of earnings estimates due to a fraud case that cost the company $123 million.

In July, KeyCorp learned that Interlogic Outsourcing, an Indiana-based payroll processor and a longtime customer, had initiated a roughly $123 million overdraft from KeyBank to make wire transfers but didn't have the money to cover them. KeyCorp is suing Interlogic to recover its losses, but the fraudulent activity had a significant impact on the company's financial results.

KeyCorp reported net income of $0.38 per share in the third quarter, down from $0.45 per share a year earlier. The fraud case resulted in a $0.10-per-share hit; without it, the company would have beaten analysts' estimates by $0.02.

The company said in an SEC filing that this was an isolated incident. A spokesperson told the Cleveland Plain Dealer that the company is taking steps to "contain and resolve" the issue. "We want to emphasize that our clients' information and funds are secure. We will continue to investigate and pursue this matter seeking resolution for all our stakeholders," KeyCorp spokesman Jeff Kew told the Plain Dealer.

Now on to the good stuff. 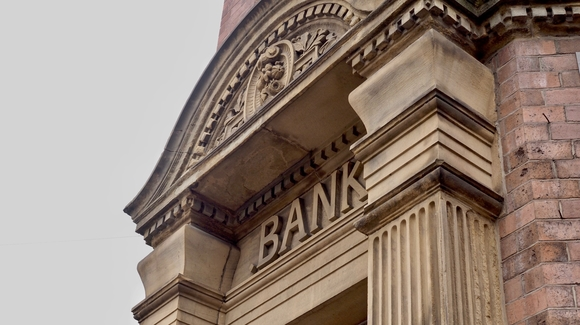 The good news is that this fraud case appears to be a one-off setback does not reflect the company's overall strength. In fact, the future is bright as KeyCorp moves through a leadership transition and focuses on continued growth. Year to date, the stock is up almost 35%, well above the average return in the financial sector. That performance is due to the bank's very solid financials.

Revenue was up 1.7% year over year. While net interest income decreased $9 million, or 1.3%, from the prior quarter due to lower interest rates and loan fees, non-interest income -- which includes investment banking and debt placement fees, corporate services, and consumer mortgage income -- jumped 6.7%.

Loans and deposits each grew about 4% in the quarter from the prior year. The commercial loan business has been KeyCorp's strength, but going forward, the company expects more growth on the consumer loan and mortgage side. "Those will be opportunities for us to kick in loan growth as we go forward," COO Chris Gorman said on the third-quarter earnings call (more on Gorman later).

The company is counting on its April acquisition of Laurel Road Bank to help spur growth in consumer loans and mortgages. Laurel Road takes a completely digital approach to lending, with online student loan refinancing and mortgage platforms among its capabilities. KeyCorp plans to build on these offerings and leverage Laurel Road's fintech across the company. "We think that will be a huge benefit for us that we haven't even started to realize yet at this point," CFO Don Kimble said on the earnings call.

Also, the company has reduced expenses by about 3% compared to the third quarter of last year thanks to the $200 million cost savings initiative it implemented earlier in the year. It's part of the company's ongoing effort to keep expenses stable and invest back in the business. As a result, its efficiency ratio (an important metric that compares a bank's non-interest expenses to its net revenue) is 56%, which is KeyCorp's lowest and best mark in over a decade.

Looking strong ahead of transition

As of May 1, 2020, CEO Beth Mooney will retire after 14 years with KeyCorp, including nine as chief executive. Gorman, the current COO, will take over as CEO. He has been with the company since 1998 in various executive roles. Gorman will lead a company with strong fundamentals that is pointed in the right direction, with a focus on growing its digital lending capabilities. Despite the lingering effects of the fraud case, KeyCorp looks like a solid investment idea.