Activision Blizzard's (NASDAQ:ATVI) annual conference for showcasing games from the Blizzard wing of the company took place earlier this month, and the event featured exciting new content that will play a big role in the business' performance over the next few years. The company used the occasion to announce Diablo IV, Overwatch 2, and a bevy of updates and new features for other properties. The event was a notable success -- particularly when compared to BlizzCon 2018.

Last year's event was the most controversial in BlizzCon history, with fans voicing dissatisfaction about the publisher's focus on mobile and the lack of big new content for PC and console platforms. After the fan reaction to last year's show prompted stock sell-offs and questions about whether the company was losing touch with its audience, investors can be relieved that BlizzCon 2019 enjoyed a much better reception.

Diablo IV is a return to form; new updates on Diablo Immortal

Last year, Blizzard unveiled Diablo Immortal -- a take on the popular franchise for mobile devices. This proved to be a highly controversial reveal among Diablo enthusiasts, many of whom were looking forward to a new mainline entry for the series for PC or console platforms and were disappointed that Blizzard instead seemed to be focusing on mobile. The company set those concerns to rest at BlizzCon 2019.

Diablo fans who were disappointed with the focus on the series' upcoming mobile installment at last year's conference had a lot to be happy about at this year's show. Blizzard took the wraps off Diablo 4, a new mainline installment in the series that appears to have taken a lot of fan feedback to heart.

After exploring a brighter, more colorful art style in Diablo III, the upcoming sequel returns to the aesthetic style of earlier entries in the series. This will likely prove to be a popular move among the franchise's hardcore fans, who generally regard Diablo II as the pinnacle of the series and tended not to be thrilled with the last game's look.

The upcoming Diablo sequel will not include an offline mode. This development may not sit well with some fans, but it's not surprising, given the focus on connectivity and games-as-a-service in the modern industry -- and from Blizzard in particular. Diablo IV has gotten a great reception so far and seems to be in line with what series enthusiasts were looking for.

While Diablo IV stole the show, Blizzard also rolled out a new trailer for Diablo Immortal and provided additional information about what players can expect from the mobile title. Blizzard plans to share more information about Immortal next year, and it's likely that the game is on track for a 2020 release. This is somewhat surprising following comments from codeveloper NetEase in February that suggested development on the title was pretty much completed. If Blizzard and NetEase are taking extra time to add content and make sure that the game play is high quality, that's probably a good move.

Overwatch 2 is an atypical sequel 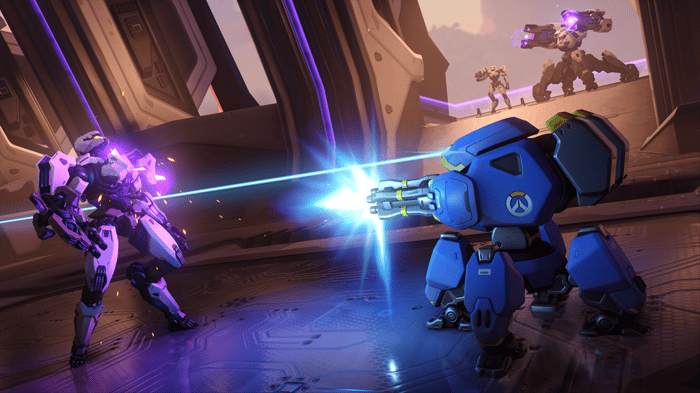 The original Overwatch never had a substantial story mode, instead focusing on its player-versus-player (PVP) multiplayer modes. That's set to change with Overwatch 2, which will focus on new player-versus-enemy (PVE) modes -- gameplay involving player-controlled characters battling computer-controlled enemies in a series of story-driven missions.

Overwatch 2 will expand on the original's PVP multiplayer , adding new characters, levels, and modes -- but this content will also be made available to owners of the original game. For gamers who already own the original Overwatch, the big hook for buying the sequel will be the story-driven PVE content. Otherwise, they can sit tight with the original game and still enjoy its upcoming competitive-multiplayer content. This is a novel approach to expanding the series, and investors will want to keep an eye on how it pans out.

It's almost unheard of for a game designated as a full-on sequel to have much of its content made available for owners of a previous title in the series. Making this content accessible to owners of the original Overwatch may limit the unit sales of Overwatch 2, as players who are only interested in the PVP modes will have little reason to pick up the new title. However, it is evidence of the company's commitment to the esports component of the series and its desire to keep the player base unified.

If Blizzard had completely separated the PVP multiplayer modes of Overwatch and Overwatch 2 rather than intertwining them, there would be a real danger of splintering the player base and winding up with two separate competitive communities and esports leagues. This decision also reflects commitment to the games-as-a-service model and a belief that the company can continue to generate significant revenue through microtransactions from players who stick with the baseline Overwatch package. The company has yet to announce a price or release date for Overwatch 2.

New content for other franchises rounds out a strong show

The reveals for Diablo IV and Overwatch 2 were undoubtedly the biggest announcements from BlizzCon 2019, but Blizzard also took the wraps off new content for some of its other big franchises. The company showcased World of Warcraft: Shadowlands, the latest content expansion for the long-running online role-playing game. Shadowlands is due to launch sometime next year with new mission systems, characters, weapons, and abilities. World of Warcraft has been a big moneymaker for Blizzard since its release in 2004, and while the game has been losing players, expansions help prolong the product's life cycle and are important releases for the company.

Other BlizzCon 2019 announcements included a new character for the company's Heroes of the Storm, new media for the upcoming remaster of Warcraft III, and a new expansion pack for the Hearthstone digital card game. Overall, it was a strong show for the company, and big new titles like Diablo IV and Overwatch 2 look like smart evolutions of their respective series that have a strong chance of being successful.